Kenneth Olumuyiwa Tharp CBE has been named as the next director of the Africa Centre, to oversee the next stage of development of the Great Suffolk Street venue. 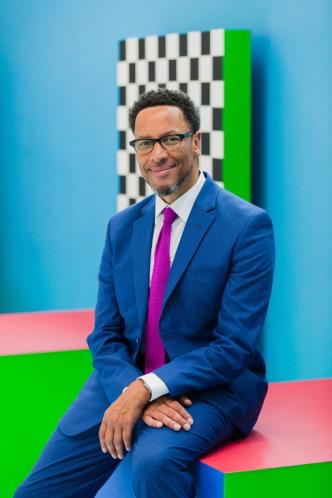 The Africa Centre was founded in 1964 and for most of its history was situated in Covent Garden. In 2015 it moved to new premises in Bankside.

Now the centre says that under Tharp's leadership it will be "redefining itself as the international centre for contemporary African culture, business and innovation".

As well as the main building on Great Suffolk Street, the centre occupies two railway arches at Old Union Yard Arches and will soon be opening a "pan-African" cafe.

"For over 50 years the Africa Centre has been a hugely important part of London's cultural landscape, as a focal point for all things African and a home-from-home for Africans and people of African descent," said Kenneth Olumuyiwa Tharp.

"I am thrilled at being given the opportunity to lead the Africa Centre through its next exciting phase of transformation and renewal."

He added: "Africa is on the move. Its status on the world stage as a 21st Century continent is increasingly important. The Africa Centre has a key role to play in making tangible the cultural richness and creative energy emanating from the African continent, and in sharing the vibrancy of its 54 nations and extensive diaspora, with as many people as possible."