A proposal to create new shops facing the Elephant & Castle road junction - to accommodate some of the small businesses likely to be displaced by the shopping centre redevelopment - has been approved by Southwark's planning committee. 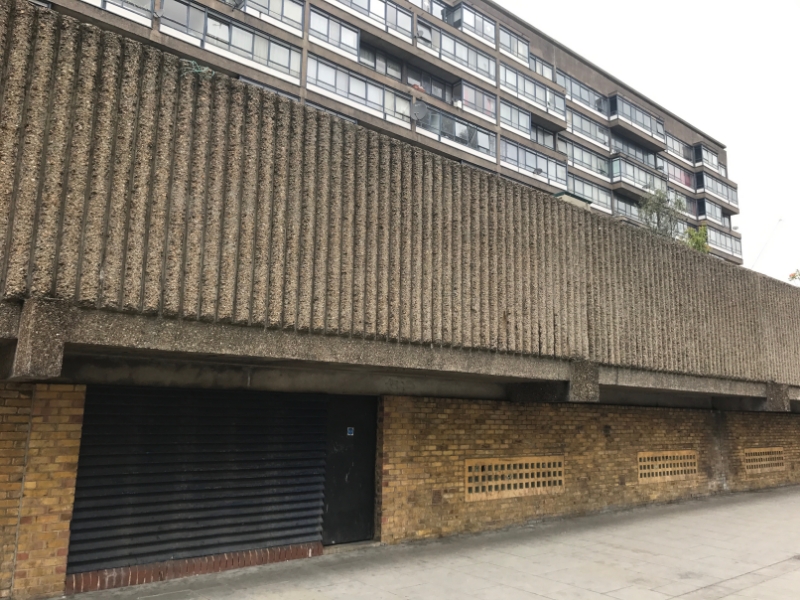 The 'Elephant Arcade' scheme – put forward by Southwark Council itself and designed by Carl Turner Architects – was approved by four votes to two at Monday night's planning committee meeting.

11 shops and a cafe are proposed in disused garage space below Perronet House at the corner of St George's Road and London Road, facing the Elephant & Castle junction.

Planning officer Victoria Lewis told the committee that the scheme made "good use of disused garage space" and would "enliven what is currently a dead frontage in a prominent location".

Jane Livesey, chair of the Perronet House & Princess Street Residents' Association, addressed the committee to raise objections to the scheme and highlight its impact on vulnerable and disabled tenants living above.

Ms Livesey described the garages as a "rat-infested" space and criticised the council's handling of the consultation process.

Mr Taylor drew parallels between Elephant Arcade and the nearby Tiendas del Sur which is also on the ground floor of a council housing block and consists of independent shop units under a single management.

Architect Carl Turner said his design for the arcade represented "a very light touch approach based around careful editing" of the existing building.

St George's ward councillor Graham Neale told the committee that his constituents at Perronet House stood to lose valuable storage space as a result of this scheme to "facilitate an overseas development company" [ie Delancey, the shopping centre owner].

"The loss of amenity of our residents outweighs any benefit to the traders, he said.

Cllr Neale added that "the traders are being made a substandard offer with many shortcomings," and that the space is currently known as the "Perronet Dungeon".

"We simply do not understand why this is being foisted on Southwark's own residents," he said.

Under questioning from committee member Cllr Adele Morris about the loss of parking and storage space, Ms Lewis confirmed that 318 people are currently on the council's waiting list for garage rental in the area around the Elephant & Castle.