Gig economy in the spotlight as precarious workers stage march

Workers in the gig economy from minicab drivers to delivery riders gathered in Blackfriars Road on Tuesday morning for a march across London to highlight the plight of 'precarious workers'. 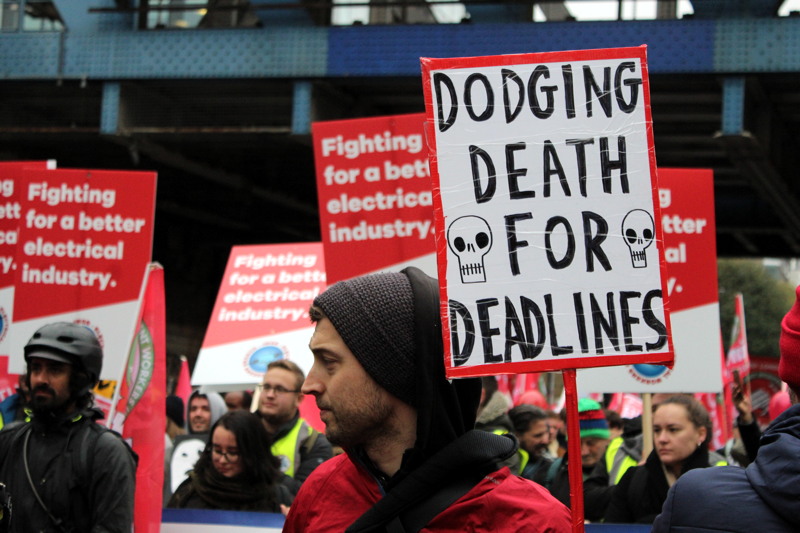 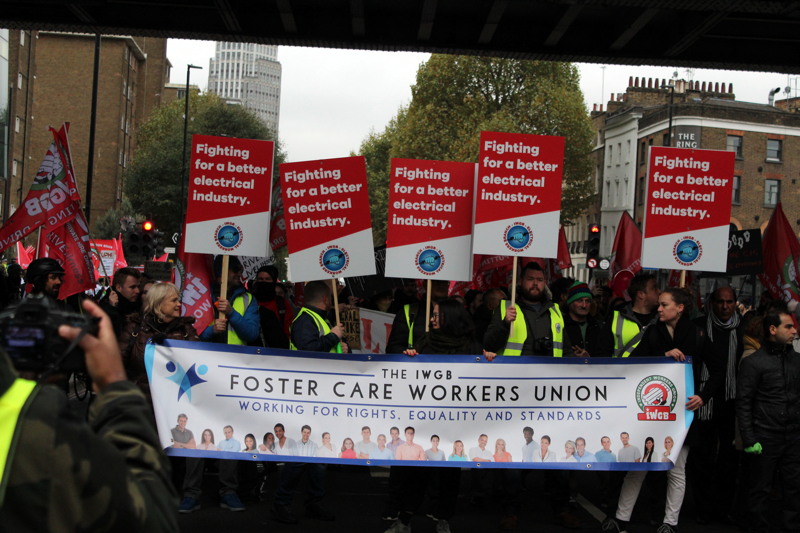 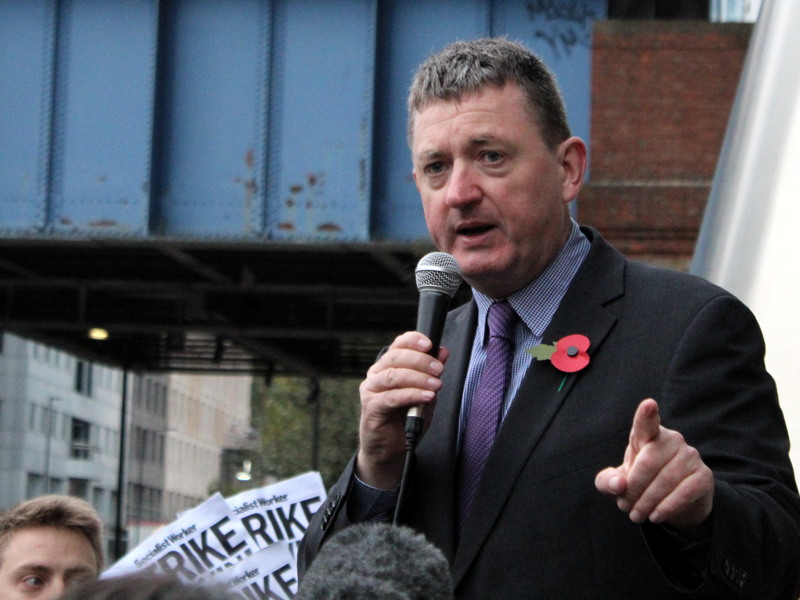 The march was organised by the Independent Workers Union of Great Britain (IWGB) and began outside the Palestra offices of Transport for London, the body responsible for licensing minicab operators and drivers in the capital.

The protesters marched across Blackfriars Bridge to the Royal Courts of Justice, where IWGB members are involved in Uber employment rights case.

The protest continued in Bloomsbury where outsourced workers at the University of London – including cleaners, receptionists and security officers – are on strike to end outsourcing and to be made direct employees of the university.

Finally the protest will passed by NHS contractor The Doctors Laboratory, where the union says that medical couriers are demanding a fair pay deal after two rounds of pay cuts.

Southwark Labour councillor Jack Buck was among those taking part in the demo.

Low-paid workers in the gig economy are regular users of some of SE1's local services for homeless people and those in severe need, with the Manna Centre at London Bridge noting the phenomenon this summer.

"We frequently see working clients at the Manna Centre – it is not unusual to see 'Deliveroo' and 'Uber Eats' uniforms mingled among the crowds of people queuing for food," wrote housing & welfare advice worker Eleanor Smith in the Manna Society's newsletter.