Woolmen want London Bridge closed to all but sheep

The Worshipful Company of Woolmen has requested that London Bridge be closed to all traffic for a day – except for the four-legged kind. 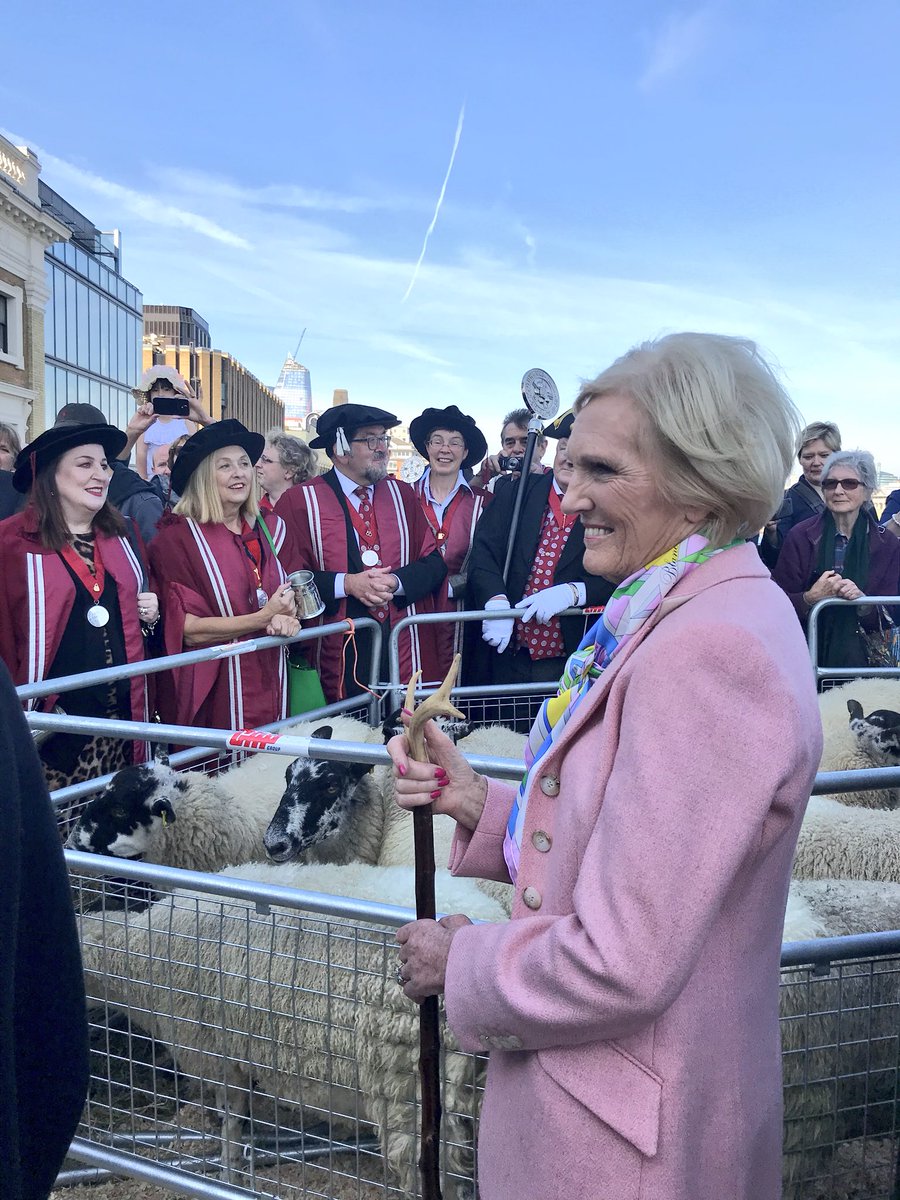 Mary Berry at the 2017 Sheep Drive

The fundraising event – organised by the Worshipful Company of Woolmen – sees holders of the freedom of the City of London exercise their right to drive a flock of sheep across the bridge.

First held in its current form in 2013, the event sees participants confined to the pavement whilst buses and cars rumble past.

Now the Woolmen are requesting to close the bridge for a full day so the annual Livery and Wool Fair fundraiser can grow.

The annual sheep drive and wool fair is usually held on a Sunday in September to raise funds for the Lord Mayor's Appeal, with celebrities such as Alan Titchmarsh and Mary Berry joining in.

Organisers avoid closing the bridge to traffic by using barriers to create pens to keep about 20 sheep in line, with around 600 livery men and women driving the flock across the bridge.

The pavement pens make it hard to spectators to enjot the event without dodging fast-moving traffic and incurring the wrath of stewards.

The papers before the City's streets and walkway committee's papers on Tuesday said the livery company was asking Transport for London (TfL) to consider the closure request.

However Corporation staff appeared concerned a flock of sheep taking over London Bridge might prove a touch disruptive.

"This request would considerably expand the impact of the event on the road network, requiring a more extensive traffic management and stewarding plan, as well as a much greater degree of co-ordination with other activities on the network," warned Guildhall officials.

Wool fair chair Judith Pleasance said: "We don't have a great hope it will happen, but we thought, last time it raised a lot of money for both the woolmen and for the Lord Mayor's Appeal every year, so it's really just putting in the request to see if it might happen."

The spectacle attracts attention from around the world, and she hoped the woolmen might be given a chance at creating a medieval London experience for a day.

"Crossing the bridge was actually the way animals were brought across to market."

TfL's spokeswoman said it could not find a record of an official request yet, but if the Woolmen did apply, it would consider the application.