Cherie Blair, Cilla Black, Nancy Del'Olio and Baroness Benjamin were among 20 high-profile women who led a procession of goats across London Bridge on Saturday afternoon to mark International Widows Day. 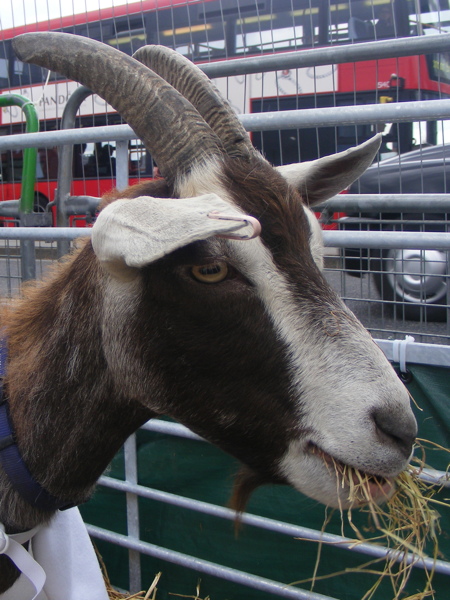 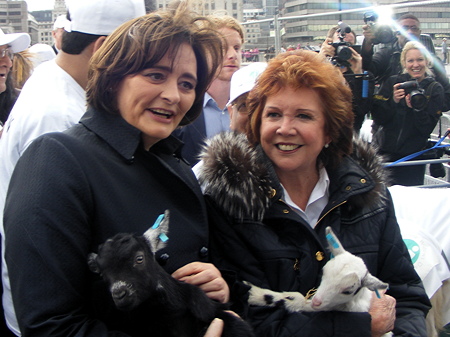 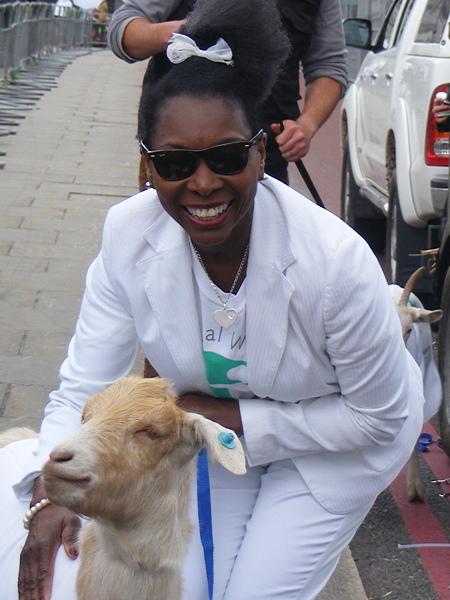 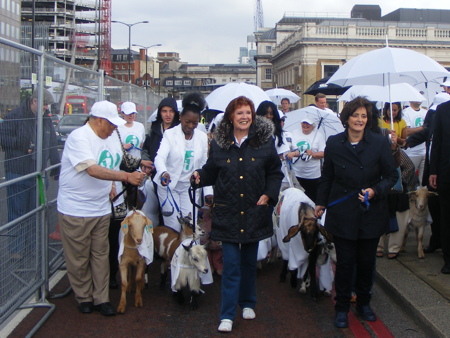 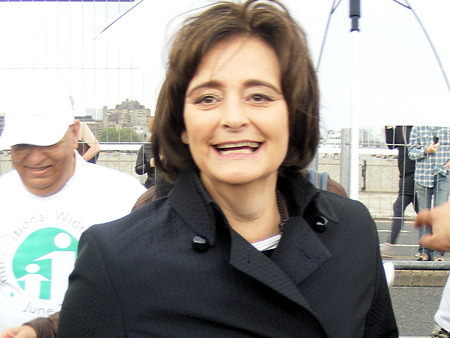 Cherie Blair at the end of the walk

The event was organised by the Loomba Foundation, whose founder, Lord Loomba, is a freeman of the City of London and therefore entitled to drive livestock across London Bridge without toll.

The goat is a symbol of wealth and prosperity and often a lifeline for widows in South Asia and across Africa.

International Widows Day was initiated by the Loomba Foundation in 2005, and officially recognised by the United Nations General Assembly in 2010.

Lord Loomba set up the foundation in 1997 in memory of his mother, Shrimata Pushpa Wati Loomba, who became a widow at the age of 37 in Punjab, India, and devoted her life to ensuring that her seven children received a proper education. The foundation aims to educate the children of poor widows throughout India and empower widows around the world.

This year the foundation is launching a new project to empower 10,000 impoverished widows in India by providing them each with a new sewing machine and a two week training course in garment production.

The celebrity walk was followed by a reception at 10 Downing Street, hosted by deputy prime minister Nick Clegg, and a fundraising dinner at the Banqueting House in Whitehall.

The City of London Corporation discourages freemen of the City from exercising their right to cross the bridge with livestock. Two sheep drives were held in 2008 – one in support of the restoration of Canterbury Cathedral and the other to raise funds for the Lord Mayor's Appeal.