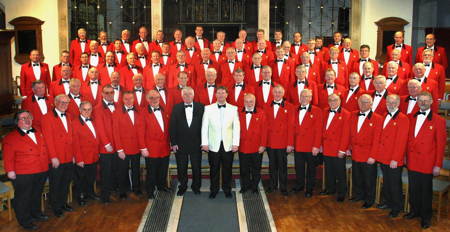 A concert organised by The Leprosy Mission England and Wales to mark World Leprosy Day (Sunday 30 January) and raise awareness of the charity's Festival of Flowers, to be held in the Cathedral in 2012 to coincide with the Olympic Games and Paralympics.

The concert's musical director, Edward-Rhys Harry, has previously performed with the BBC National Chorus of Wales, and has been Musical Director of the Bristol Chamber Chorus.

There will be piano accompaniment by Annabel Thwaite, who has performed in concerts around the world and is a regular film session pianist. She has recorded music for soundtracks to the US movie Awake and the BBC Jane Austin series Emma.

The evening's soloist is mezzo soprano Justina Gringyte, who has previously performed at Llandaff Cathedral, HRH the Prince of Wales' residence in Llandeilo and Buckingham Palace.

The compere for the evening will be Ian Edwards, formerly sports correspondent of ITN's News At Ten.

The concert will include operatic pieces, such as Divine Brahma (The Pearl Fishers) from Bizet's opera, hymns including Morte Criste ('When I Suvey the Wonderous Cross', Issac Watts/Emrys Jones) as well as other Welsh pieces and sung poems.