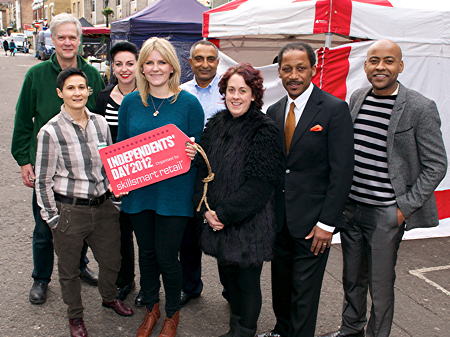 Waterloo workers and residents will be encouraged to support their local independent shops from 4 July.

Shopkeepers in Waterloo have signed up to the Independents' Day campaign – a national initiative which aims to support independent businesses.

This year's national campaign was launched in Waterloo in February with representatives from David Fullerton, FloraMay, The Toolshop, South Bank Cards, Greensmiths, Waterloo Body Station, Twice The Siren, Ian Allan Bookshop, I Knit London, What The Butler Wore and Radio Days chosen as faces for the promotion.

This year, Waterloo Quarter BID has worked with retailers to organise a range of events and initiatives: