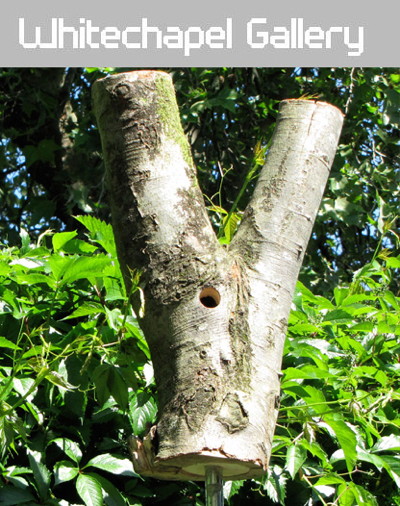 Ornithologist Peter Holden and architect Catherine du Toit lead a walking tour of Nestworks - a creative conservation project which responds to dwindling tree populations in the city by providing readymade habitats for birds around Bankside.

The Route:
Where have all the sparrows gone? This was the question that started an ongoing association between architects 51% Studios and ornithologist Peter Holden.

Focussing on Bankside, the project looked at the decline of the once ubiquitous House Sparrow and other city dwelling species and sought to devise methods of helping their survival.

This afternoon walk will retrace some of the steps of the original project and will include the site of the Urban Orchard in Union Street to the chimney of the Tate Modern. We will enjoy the architectural contrasts of the area, explore some of the green spaces that survive and look at the role they play in retaining a small wildbird population in this part of London. We will also observe trees in the urban landscape and look at ways the project has tried to increase the number of nest-sites artificially. We hope to find some of the resident bird species during our afternoon stroll through city streets and observe the way bird life has to adapt to the urban environment.

Along our route we will take some of the Nestworks produced by 51% Studios as a permanent legacy to the London Festival of Architecture and critically appraise some of the results the project.

As the neighbourhood plan for Bankside is being developed with residents, businesses and local organisations discussing priorities and gathering views and ideas for the area during the summer, this is a good opportunity to get a bird's eye view on local green spaces.