CANCELLED due to COVID-19
This event is in the past. This is an archive page for reference. 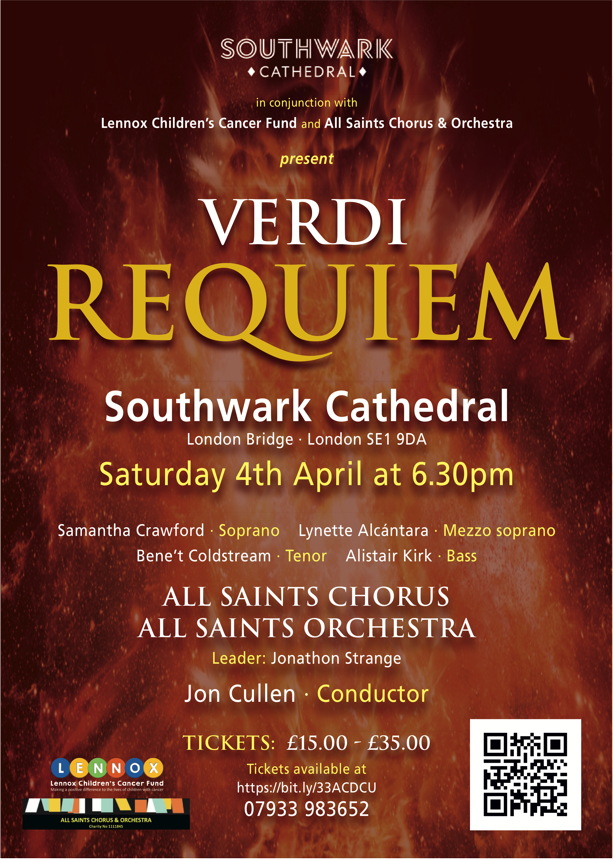 Regarded by many as Verdi's greatest achievement, it features some of the loudest unamplified music ever written. The powerful requiem text is vividly represented including the fearful Dies Irae. The All Saints Festival Chorus has emerged as one of the most exciting choirs in recent years with players from London's leading orchestras.