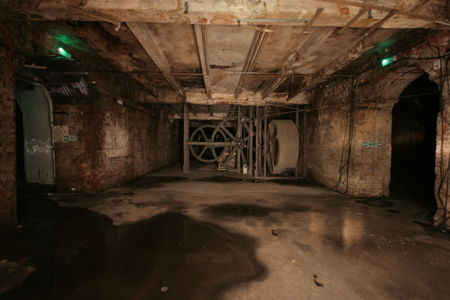 Bringing the vision of Steve Lazarides to one of London's most arresting performance spaces, the maze of tunnels will be converted into a large-scale evocation of Dante's Inferno.

Artists will provide their own interpretation hell with freedom to reference both Purgatorio and Paradiso from the trilogy of The Divine Comedy.

Through the curatorial direction, interaction with the exhibited works -paintings, sculptures, video pieces, performance and mixed media installation - is encouraged and par in part of this thrilling multi-sensory experience.

Highlights of the exhibition include for the very first time 3-dimensional installations by Conor Harrington and Jonathan Yeo, a new exclusively commissioned film by Todd James/ REAS, the powerfully chilling photographs of George Osodi and Boogie, with a surprise finale by Paul Insect.