A Vietnamese restaurant which opened in one of the Old Kent Road's best-known and most historic pubs has had its retrospective change-of-use application turned down by Southwark Council planning officers. 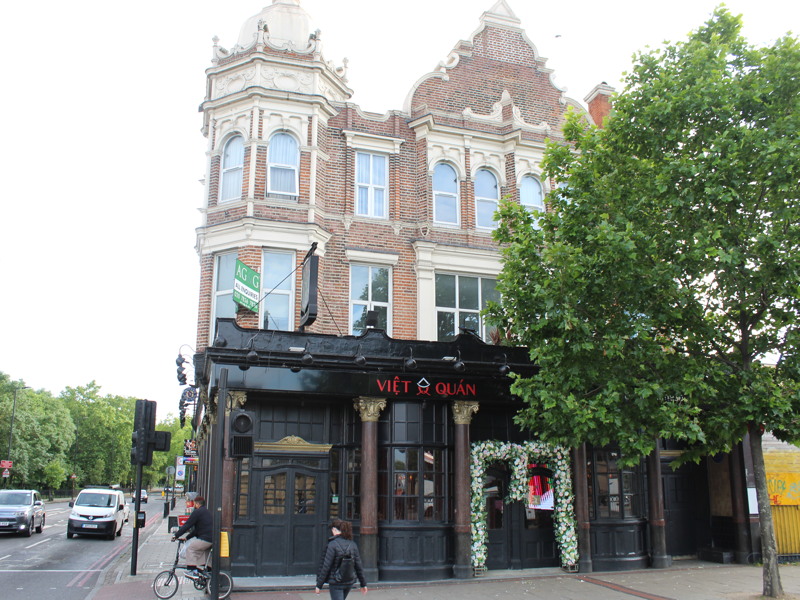 Viet Quan opened in summer 2019 in the former Thomas a Becket pub at the corner of Old Kent Road and Albany Road, but failed to gain planning permission for the change of use from pub to restaurant.

This week Southwark Council planning officers turned down a retrospective application to regularise the current use of the building.

"Large public houses on the Old Kent Road have struggled, the homogenous working class communities they were originally built to serve have diversified and drinking habits have changed," wrote case officer Gavin Blackburn.

"This site has had different operators in recent years. However, the policy seeks to protect community assets that are in danger of being permanently lost, as the only large pub of this type in the area.

"The Lord Nelson is nearby, but much smaller. The Windsor is comparable but is at the other end of Old Kent Road on the Lewisham boundary.

"It is important that every effort is made to protect such uses before they are lost, particularly in buildings with the history and features that this one possesses.

"It is recognised that the application is retrospective and refusal of it inevitably points toward action being taken in respect of a new business. That is regrettable [because] it is quite possible that the clientele that frequent the restaurant would not choose to frequent a public house.

"There is not thought to be the same shortage of restaurants on Old Kent Road that there is of public houses. It is therefore considered proportionate to adhere to the emerging pub protection policy of the Council that clearly follows the direction of the National Planning Policy Framework and the London Plan in identifying the public house use as a community asset to be protected."

Viet Quan has also attracted the attention of Southwark's licensing department. A council officer who visited the venue in September 2019 said: "I had not witnessed so many potential breaches on any inspection that I had carried out during my career".

The pub, whose present building dates from 1898 but has a much longer heritage, is well-known for links to the boxing world and carries a blue plaque to mark its connection with the late Sir Henry Cooper. David Bowie rehearsed in a room above the pub in the 1970s.

The pub has had a chequered history in the past couple of decades, with periods as an estate agent's office and an art gallery.

Five years ago the building was listed as an '​asset of community value​' (ACV) under the Localism Act after a campaign by the Walworth Society, prompted by ​news that the pub was up for sale at auction​.

The ACV status expired in June this year.