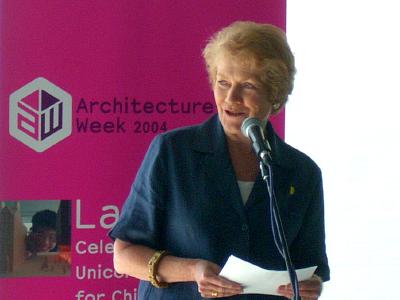 "Culture is not a corner house but a corner-stone for a cohesive community" said the former Today Programme presenter. She added that the Unicorn Theatre for Children, currently under construction in Tooley Street, "has the potential to change the lives of a lot of children". MacGregor is a trustee of the John Ellerman Foundation which has supported the work of the children's theatre company. MacGregor believes that the Unicorn's permanent home in Southwark has the potential to become "an icon for the local community". 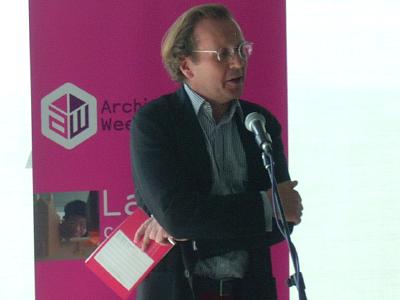 RIBA president George Ferguson praised "brilliant architect" Keith WIlliams' designs for the Tooley Street theatre, which will become a "real London landmark", "not like the Swiss Re tower across the river, but just as important". Ferguson highlighted the role that Architecture Week plays in introducing a new, demanding audience to architecture, which will drive up standards and "not put up with anything that's less than good".

The Unicorn Theatre was chosen for the launch as a good example of innovative architecture being created with public access and involvement in mind. 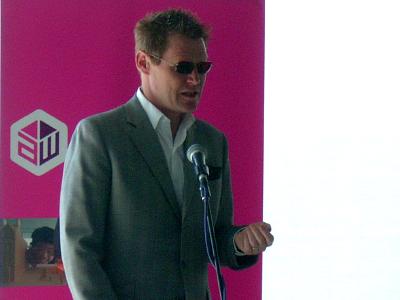 BBC London radio presenter and Architecture Week patron Robert Elms gave an impassioned speech on the importance of making architecture accessible, and spoke about the scepticism he faced when he introduced a regular architecture feature on his programme ten years ago with architect and critic Maxwell Hutchinson. 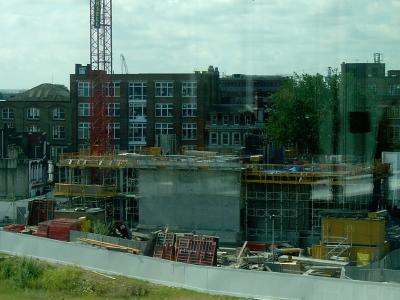 Construction work is well under way on the Unicorn site

Keith Williams spoke about his part in the "amazing journey on which the Unicorn has come" and set his work on the design of the new building in the context of the 60 year history of the children's theatre company.

The building is due to open in Autumn 2005, but Ł2 million still needs to be raised to meet the Ł12.6 million total cost of the project. 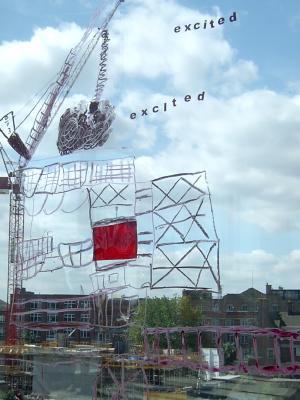 Children from Tower Bridge Primary School have been closely involved with the development of the Unicorn's new home, and "young consultants" from the school in yellow sweatshirts and hard hats joined the event on the as yet unoccupied second floor of More London Riverside and drew images of the construction site on the windows. 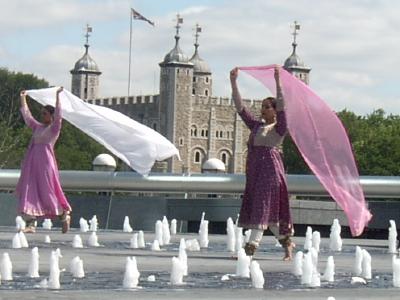 Kathak dance on the riverside

A site-specific Kathak dance piece was performed by dancers from Akademi in the More London public space, exploring and making use of the architecture of the space. 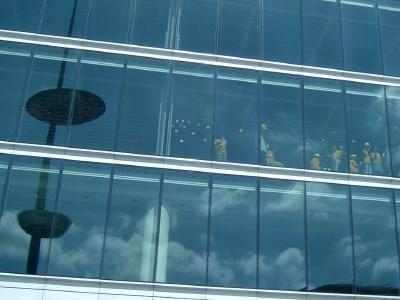 The Young Consultants watch the performance from above