A game invented by pupils at Walworth Academy has been included in a time capsule at the new home of the Design Museum in Kensington. 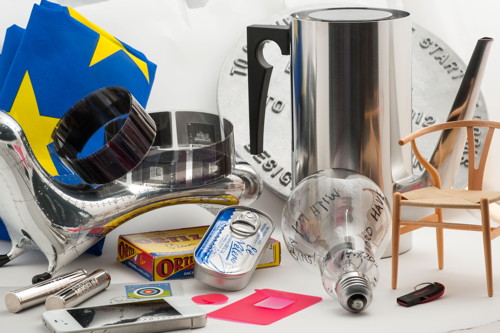 On the eve of the London Design Festival, founder of the Design Museum Sir Terence Conran, director Deyan Sudjic OBE and chairman of the trustees Luqman Arnold, joined by leading architects and designers, attended a ceremony to celebrate the ground breaking of the new Design Museum at the former Commonwealth Institute on Kensington High Street.

To mark this historic moment in the development of the Design Museum, a time capsule was buried in the foundations of the new building.

Leading figures in the world of design and architecture were invited to nominate an object to be included in the capsule. They include the museum's Design Circle members, Zaha Hadid, Paul Smith, Norman Foster and Cecil Balmond, as well as Sir Terence Conran and John Pawson.

The tiddlywinks-based game Badoiiing was devised by pupils at the Walworth Academy and was the winner of the 2012 Design Ventura competition.

The game is now available for sale at the museum's shop.

A portion of the sale price is donated to the David Idowu Foundation which was set up in memory of a local teenager who was fatally stabbed in 2008.

• The Design Museum will leave its Shad Thames building for Kensington in 2015.