Lambeth's planning applications committee last month turned down a proposal for a new seven-storey office building at the corner of Waterloo Road and Baylis Road. 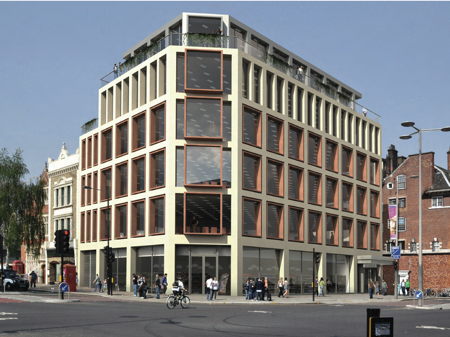 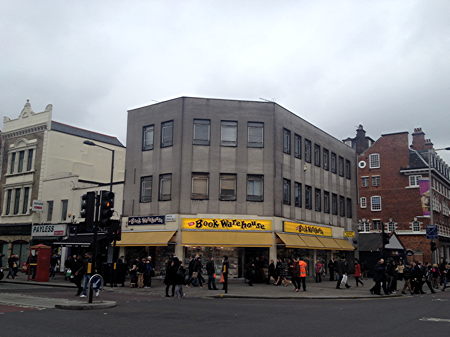 The corner site as it is now

Developer Breanstar wanted to demolish and replace the existing buildings on the prominent corner site – including the shop units currently occupied by Book Warehouse and Da Vinci – and to convert the upper floors of the adjacent Fire Station to residential use.

Earlier plans for a hotel on the site were turned down by the council two years ago.

"This proposal, if approved, is going to destroy completely the immediate townscape," said Mr Shamash.

Referring to the decision to house an electrical transformer on the ground floor, he said: "It would be an absolute travesty to have something like this on this very prominent part of Baylis Road".

He warned that his own firm's premises at 12 Baylis Road would suffer "a very dramatic sense of enclosure" if the scheme were to be built.

Jenny Stiles of Waterloo Action Centre warned that the community centre and its users would be "very badly affected" by the development and criticised the council's consultation on the planning application.

David Jennings from EPR Architects said: "The redevelopment of this prominent site is well overdue and will be the catalyst for wider improvements to the Lower Marsh conservation area."

He added: "The scheme will provide high quality grade A office space and good quality residential accommodation of which almost 40 per cent will be affordable.

"The design draws upon the gateway opportunities of the site and pays due respect to heritage assets."

Bishop's ward councillor Peter Truesdale described the proposed building as a "hideous monstrosity" and urged the committee to reject the application.

"The building as structured is an inappropriate building to have diagonally opposite The Old Vic," he said.

Cllr Ruth Ling agreed that the proposed development would be inappropriate in such a prominent location. She said: "People come from all over the world to visit this part of London."

She added that the proposed building "brings to mind Centrepoint which is hardly a piece of architecture we're proud of in London".

The committee resolved to refuse planning application on a variety of grounds including over-intensive development and overbearing impact on neighbouring properties. The committee also registered concerns about the blank walls which will be seen from Lower Marsh and Baylis Road.