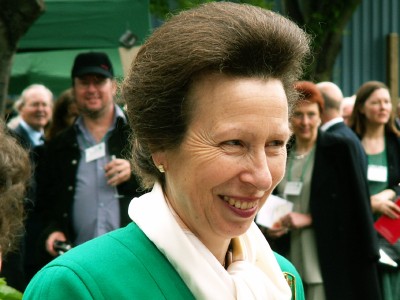 The garden was originally laid out in 1888, on the site of a derelict paper factory, for public use and enjoyment in an area of Southwark that suffered terrible pollution, crime and deprivation. The garden was established by Octavia Hill, who co-founded the National Trust and worked tirelessly to improve housing conditions for the poorer classes in London.

The garden nestles in front of Octavia Hill's Red Cross Cottages and Red Cross Hall. Together these provided an alternative to the cramped, impersonal tenements of the time with ideal surroundings, social housing, and community activities. The garden was an early example of community greening at a time when London's poor had no positive contact with nature at all. 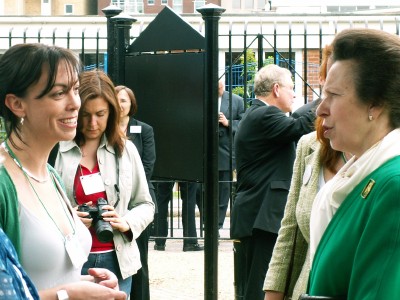 The garden has been restored by Bankside Open Spaces Trust, a charity supporting local communities to improve, maintain and enjoy parks and open spaces in the area. A Heritage Lottery Fund grant of Ł514,500 enabled BOST to work with local residents, businesses and historians to restore the original layout of the garden, including the recreation of a pond, bridge, new flower beds, lawns and benches, a small information centre and a gardeners' office. 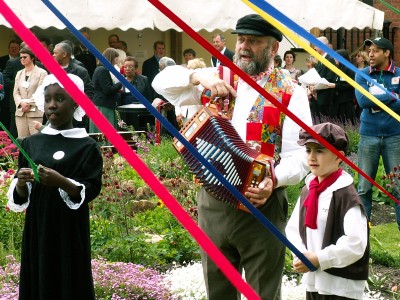 "Red Cross Garden was set up by a visionary lady, as a beautiful haven with fountains and flowers to bring together oppressed urban people who did not have the means to escape to the country," says BOST director Helen Firminger. "Our revitalisation of this garden makes the vision current and relevant – the difference is that today we are working together to bring pride and natural beauty to local people who no longer suffer from smallpox, diphtheria and bedbugs, but who still need a tiny breathe of the countryside here." 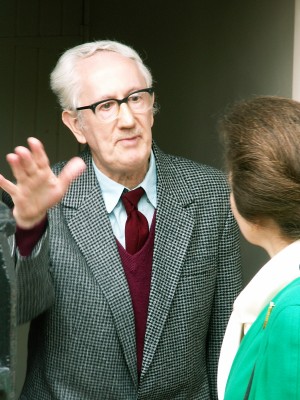 The princess met many of the residents of Red Cross Cottages 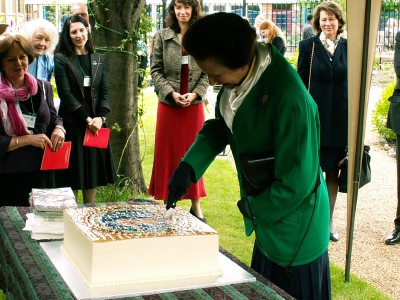 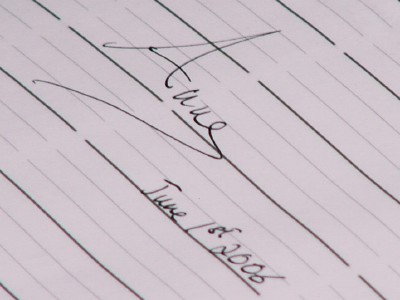 The Princess signed the visitors' book

The Princess Royal carried out the opening in her capacity as patron of the Borough High Street-based College of Occupational Therapists. Chief executive Julia Scott explains the connection: "Elizabeth Casson, who went on to establish the first school of occupational therapy in the UK, worked at the Red Cross Hall when she was a young woman. The experience inspired her to train as a doctor, and to play a key role in the development of occupational therapy." 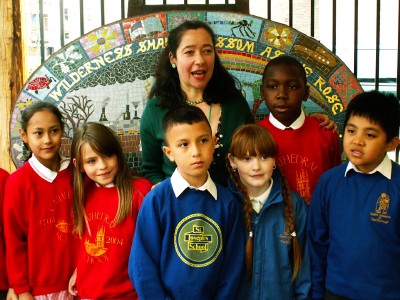 Artist Suzie Balazs with pupils from the two schools 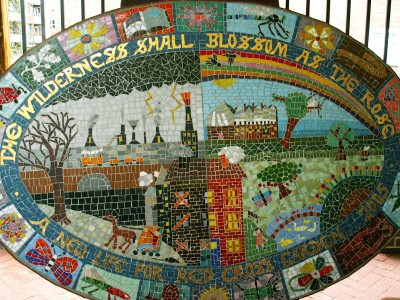 To mark the occasion the Princess unveiled a commemorative mosaic designed by artist Suzie Balazs, based on drawings by children from the nearby St Joseph's RC Primary School and the Cathedral School of St Saviour and St Mary Overie. The mosaic illustrates the transition from grim, smoky factory-ridden Bankside to the paradise of flowers, trees, and cottages it became. 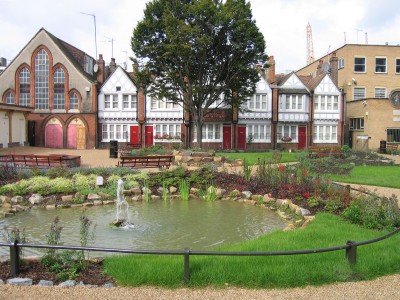