Soil from seven parks and gardens in SE1 has been included in a new art installation in Tate Modern's Turbine Hall. 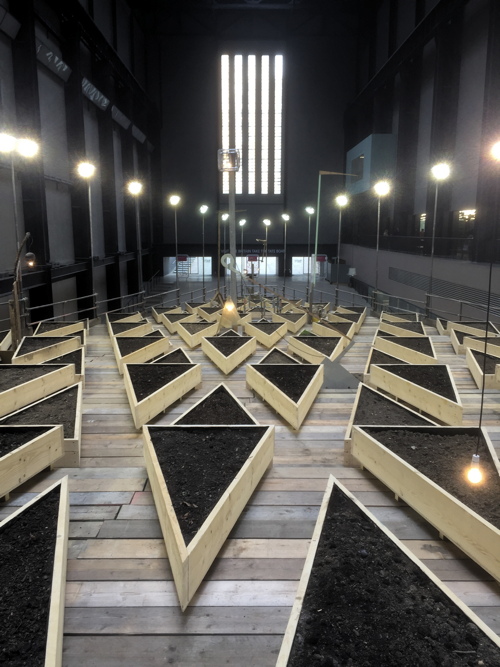 Empty Lot by Mexican artist Abraham Cruzvillegas is the first of the new Hyundai-sponsored commissions for the Turbine Hall after the success of the long-running Unilever Series.

The sculpture consists of two stepped triangular platforms that extend east and west across Tate Modern's Turbine Hall from the central bridge.

The platforms hold a geometric grid of 240 wooden planters filled with compost and over 23 tonnes of soil collected from parks and gardens across London, including Buckingham Palace.

The soil will be lit by lampposts constructed by the artist using materials found in skips and building sites around Tate Modern.

Nothing has been planted by the artist, but flowers, mushrooms, and other greenery may grow depending on what seeds or bulbs have found their way into the soil.

'Seed bombing' is not officially encouraged but is likely to be tolerated.

Empty Lot will be in the Turbine Hall until 3 April 2016.