The controversial Rembrandt club has opened for business on Tooley Street - but with no lapdancing, for now. 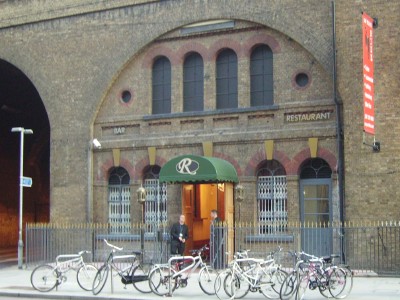 Sources suggest that in the short term the club will operate as a "piano bar". Last week the long-running saga took a new twist when landords Network Rail indicated that they would not be happy with a lapdancing club

We have attempted to talk to the club's owner, Gerard Simi, but he has not returned our calls.

In the meantime Southwark Council has launched a consultation on its mid-term review of its licensing policy.

Speaking at Bermondsey Community Council on Wednesday, Riverside ward councillor and council leader Nick Stanton blamed the Government's reform of the licensing laws for constraining the ability of councillors to represent their constituents.

Cllr Stanton said that media attention on licensing reform had focussed on town centre binge drinking, which he said was "one of the few problems Southwark doesn't have". This meant that other aspects of the reform had "slipped through" without much attention.

"It seems to me wrong that as a democratically elected local councillor we don't have the power to say 'not in this area'."

The council leader made clear that he regarded Tooley Street as an inappropriate location for such a club, especially given that the council had been "actively promoting" Tooley Street since the arrival of the Unicorn Theatre, which he described as a "fantastic acquisition" for the borough.

Responding to critics who claim that other London boroughs have more stringent licensing policies than Southwark's, Stanton says that "it's not fair to pretend that there's a policy that the council should have adopted".

Local residents who have opposed the club say that they will continue to keep a watchful eye on activities at the premises. If you would like to help with this, you can email [email protected]