'Tate Tower' may never be built

The hugely controversial so-called Tate Tower in Hopton Street is unlikely to ever be built, it emerged this week. The land could be made available for community use. 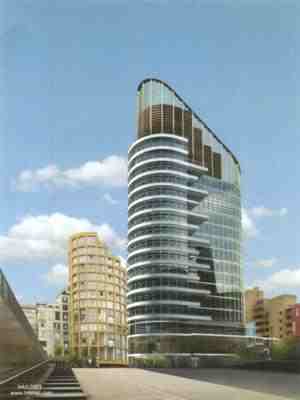 Axed: the controversial proposed tower for 44 Hopton Street. If GC Bankside get their way on the adjacent site, this will become a community space. 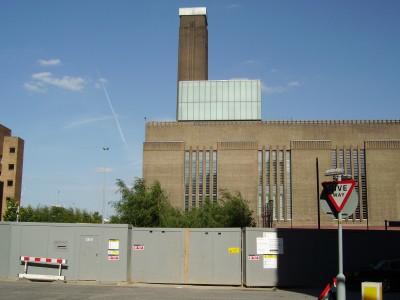 Locked gates at the construction site this week

Grosvenor and Clan Estates this week unveiled their new proposals for the Holland Street site they acquired last year from Land Securities for Ł24.5 million.

The developers say that they have entered into a conditional agreement with the owners of the Hopton Street site, which will be turned over to community use should the Holland Street development gain planning permission.

The new plans for the Holland Street Buildings have been drawn up by Richard Rogers Partnership.

The main part of the development consists of four hexagonal towers ranging in height from 12 to 24 storeys. The towers will be residential with retail at ground level. The 224 units will be split between 165 private and 64 affordable.

A spokeswoman for Meyer Bergman, which bought the 44 Hopton Street site from London Town for Ł10.8 million 18 months ago, would only say that discussions were ongoing about the possibility of combining the two sites.

The controversial proposed tower between Bankside Lofts and Falcon Point has been consistently opposed by a coalition of local residents known as Broad – Bankside Residents for Appropriate Development – who took their challenge all the way to the European Court of Human Rights.

Work started on the site in March but was halted last week whilst negotiations about the site's future continue.

The Hopton Street site would become a landscaped open space with the possibility of a lightweight pavilion for community use. This space could potentially be managed by Tate, Southwark Council or a new community trust.

GC Bankside say that their proposals have been "greeted with encouragement" by Tate, whose director Sir Nicholas Serota had described the previous plans as "an opportunistic attempt to cash in for private gain on the public benefits that have been created" by Tate Modern.

A planning application for the Holland Street Buildings is due to be submitted later this month.