The Costcutter store opposite Southwark Station in The Cut has become the first retailer in the borough to have its licence to sell alcohol suspended. 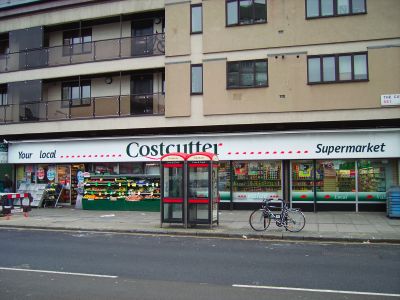 Costcutter in The Cut

The council says that the suspension has been put in place following repeated sales of alcohol to under 18s at the store and for selling alcohol outside of permitted hours.

Mohammad Farooq from Costcutter told the London SE1 website that he and his staff did go to great efforts to ask customers who appeared to be under 21 for ID, but in a busy store it was often difficult to judge the age of a shopper.

Mr Farooq told us that his business was based on providing a good, personal service to the regular clientele he has built up over many years. "I am very sad for the customers," he said, with shoppers surprised to find the shelves cleared of alcohol.

During the three month suspension the store has filled the space with a range of Polish groceries and electrical goods.

Cllr Lisa Rajan, Southwark's executive member for environment, said: "The action we have taken gives out a strong message to retailers that they must take their responsibilities over the sale of alcohol seriously.

"If they are in any doubt about a young person's age, they should ask for accredited ID or refuse to make a sale.

"Selling alcohol to minors have can have serious safety, health and community implications and Southwark won't tolerate retailers who abuse their licences. We hope that this suspension will serve as a warning to others who try to flout the law."

At the end of the three month period the store will have to meet a number of additional conditions in order to retain their licence to sell alcohol. These include establishing an age identification scheme and installing CCTV so that the sale of alcohol can be monitored.