The season of free open-air performances at The Scoop next to City Hall has won an award for up-and-coming theatre of the year. 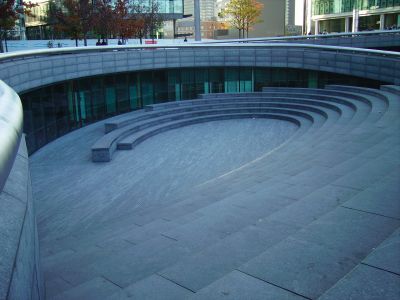 The Empty Space ... Peter Brook Award is presented annually by London Theatrereviews and the soon-to-close Theatre Museum to recognise innovations by small theatres which receive little or no public funding.

The judges praised The Scoop for its "vital productions from the Greek classics" and celebrated the "innovation of free tickets and entertaining productions".

For three summers audiences have enjoyed free performances in the 1000-seat amphitheatre next to City Hall staged by The Steam Industry with backing from More London and corporate sponsors.

The award was received by artistic director Phil Willmott and producer Suzanna Rosenthal.

The nearby Unicorn Theatre – which has been open for almost a year – also received a prize of £350 for its "splendid work in live theatre".

Last year's winner of the award for up-and-coming theatre was the Menier Chocolate Factory in Southwark Street.