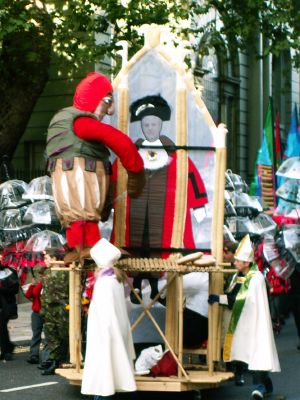 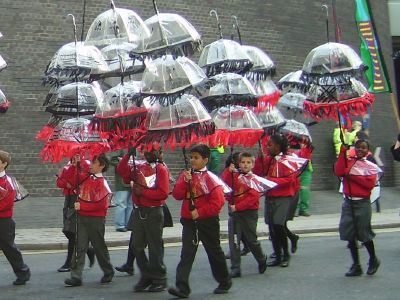 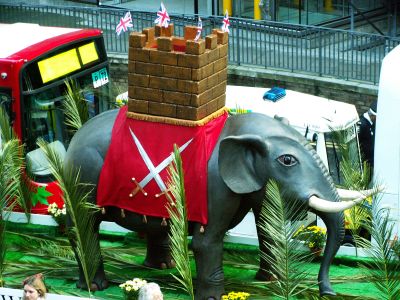 New Lord Mayor Alderman John Stuttard, a senior member of the Worshipful Company of Glaziers, invited the children to walk alongside the first float which was provided by the Southwark-based Glaziers.

Glaziers Hall is next to Southwark Cathedral where the livery company's annual service is held by candlelight in February.

A giant church window on wheels joined the procession and was surrounded by the 25 Year 6 children from Cathedral School all holding double or treble umbrellas. The ten and eleven year olds had constructed and decorated the clear umbrellas to appear as glass buildings in a modern city.

"The school has had an association with the Guild of Glaziers going back ten years," explains headteacher Sylvia Morris. "Each year during our Art Week one of the themes is stained glass."

The children spent a week working on their designs with the help of artist Jane Lyster.

Commenting on the float, deputy master of Glaziers Phillida Shaw said: "Our aim was to achieve a visual feast of colour and light. We used historical images and traditional shapes from church windows, combined with aspects of contemporary glass structures."

The procession also featured a huge elephant and castle provided by the Cutlers' Company. It is their badge which is thought to be the origin of Elephant & Castle name first used by an inn at the famous road junction.

• Glaziers Hall is located within Southwark's ancient Guildable Manor and earlier in the day manor officers were at Guildhall to make a presentation to the new Lord Mayor.