The Duke of Edinburgh was the guest of honour at a service in Southwark Cathedral to mark the 400th anniversary of the death of William Shakespeare. 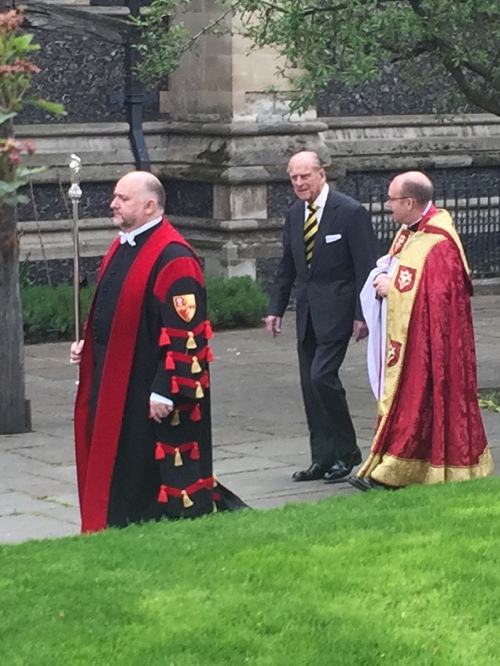 The Duke of Edinburgh in conversation with the Dean of Southwark 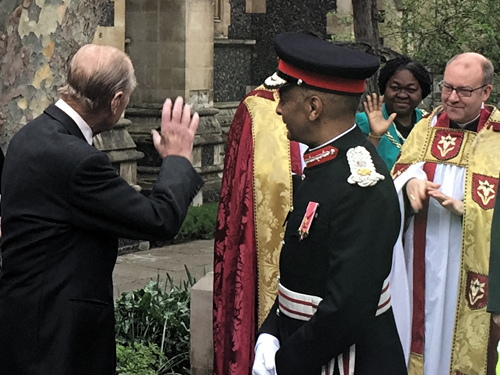 The Prince exchanged a farewell wave with the Mayor of Southwark, Cllr Dora Dixon-Fyle 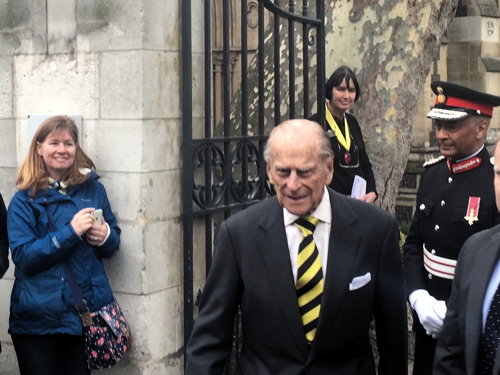 Prince Philip is the patron of Shakespeare's Globe and was an early supporter of Sam Wanamaker's efforts to build a replica Elizabethan playhouse on Bankside.

The service was organised jointly by Southwark Cathedral and Shakespeare's Globe and blended liturgy with theatre.

Members of the Globe Young Players performed as the congregation gathered in the cathedral.

The service was introduced by the Dean of Southwark, Very Revd Andrew Nunn, who reminded the congregation that Shakespeare himself would have known his parish church (now the cathedral) very well.

During the second hymn flowers were laid at the memorials to William Shakespeare and Sam Wanamaker and the tomb of Edmund Shakespeare by pupils from Cathedral School and Zoe Wanamaker.

Actors from the Globe's winter season performed scenes from the Bard's work.

During the service the Great Choir of Southwark Cathedral sang a specially commissioned anthem composed by Philip Moore to mark the occasion.

The sermon was preached by the Bishop of London, Rt Revd Richard Chartres.

A collection was taken in aid of the United St Saviour's Charity.

In 1964 a similar service was held in the cathedral – featuring famous actors of the day – to mark 400 years since Shakespeare's birth.