The Prince of Wales and Duchess of Cornwall visited Borough Market and Southwark Cathedral on Wednesday to learn about how the community is coping with the aftermath of June's terrorist attack. 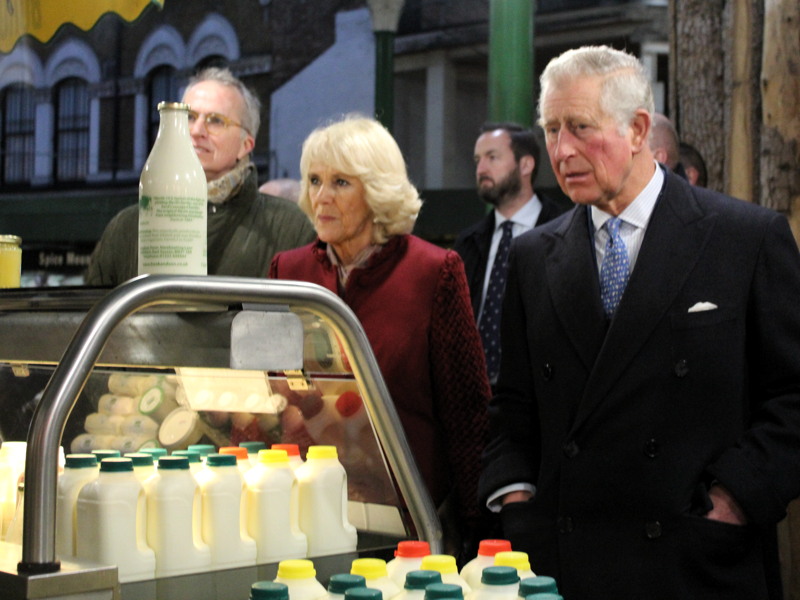 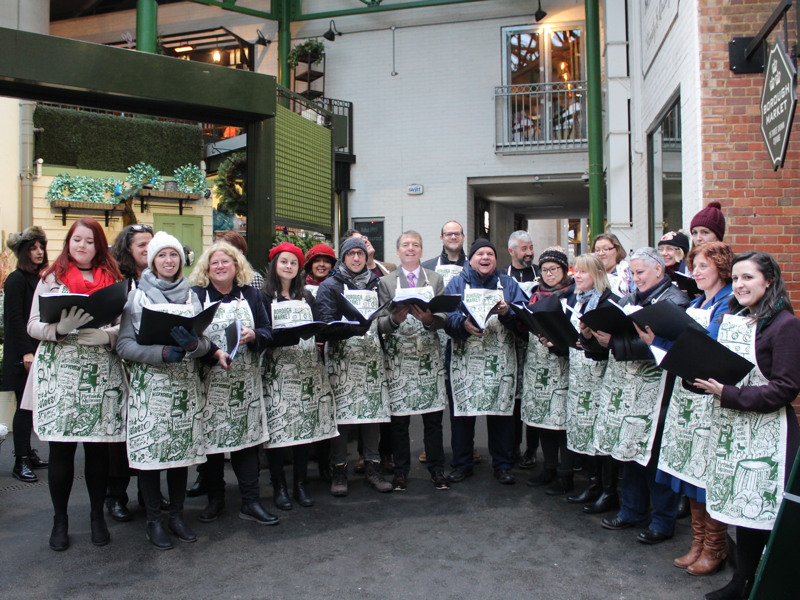 The Borough Market Choir sang as the royal party arrived 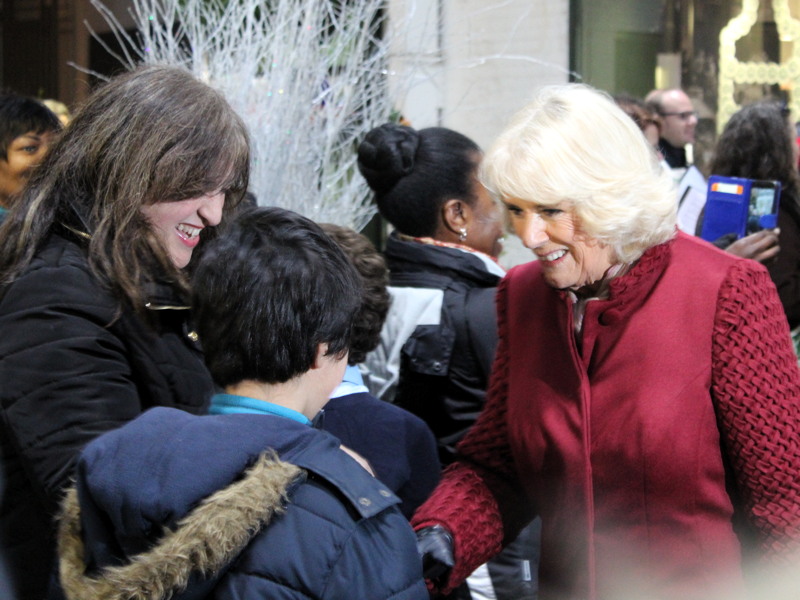 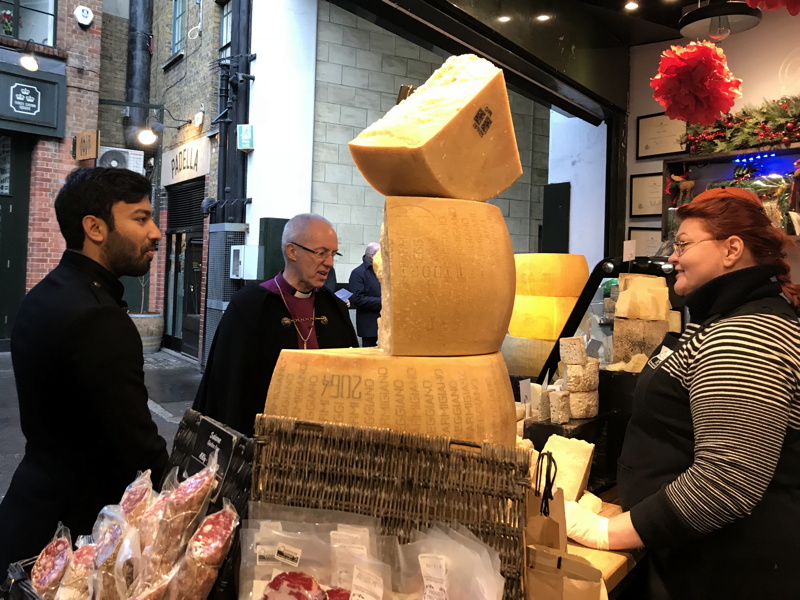 The Archibishop of Canterbury, the Most Revd Justin Welby, with Amir Eden of the Bankside Residents' Forum at the Bianca & Mora stall 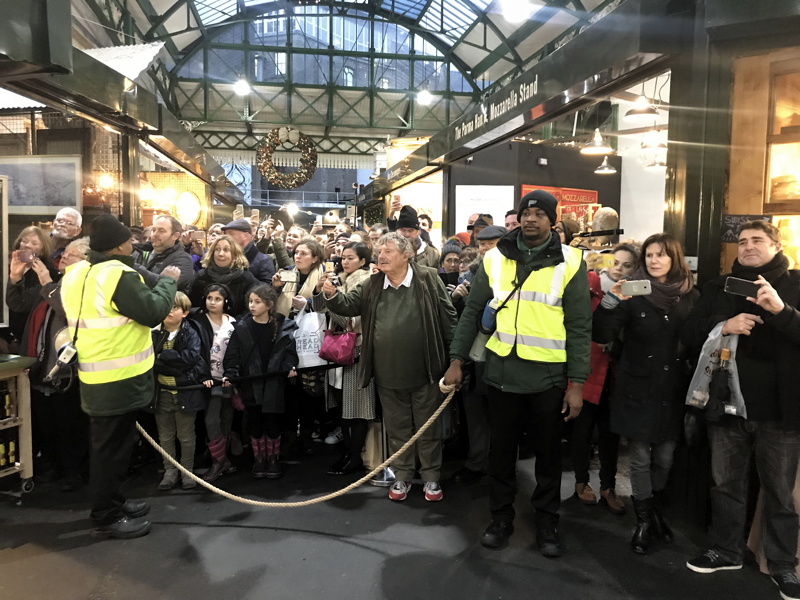 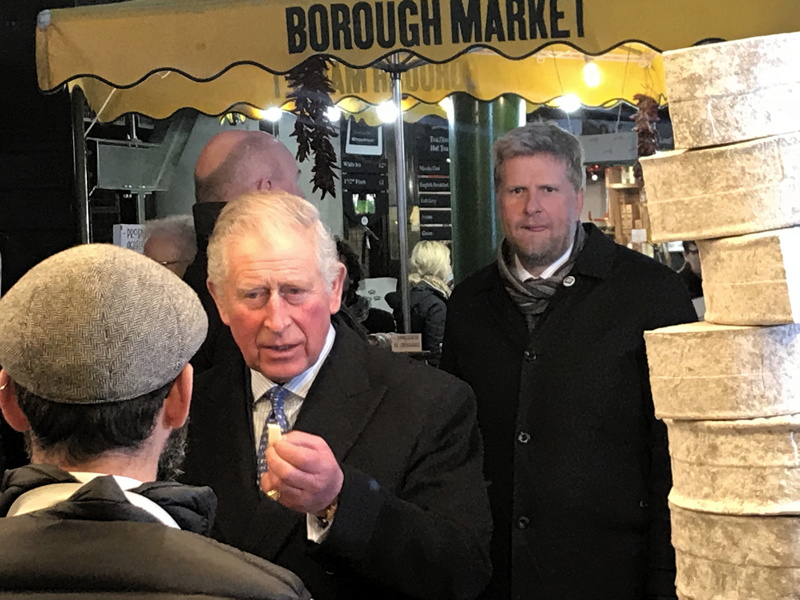 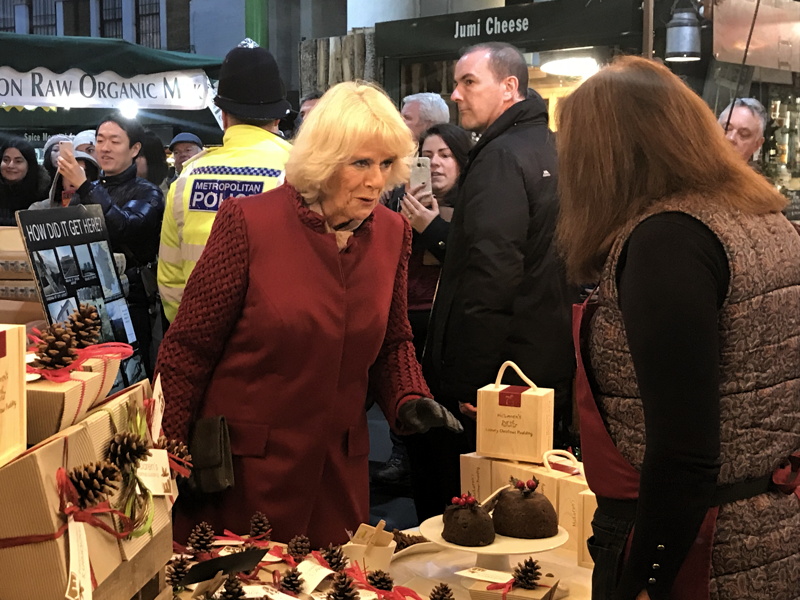 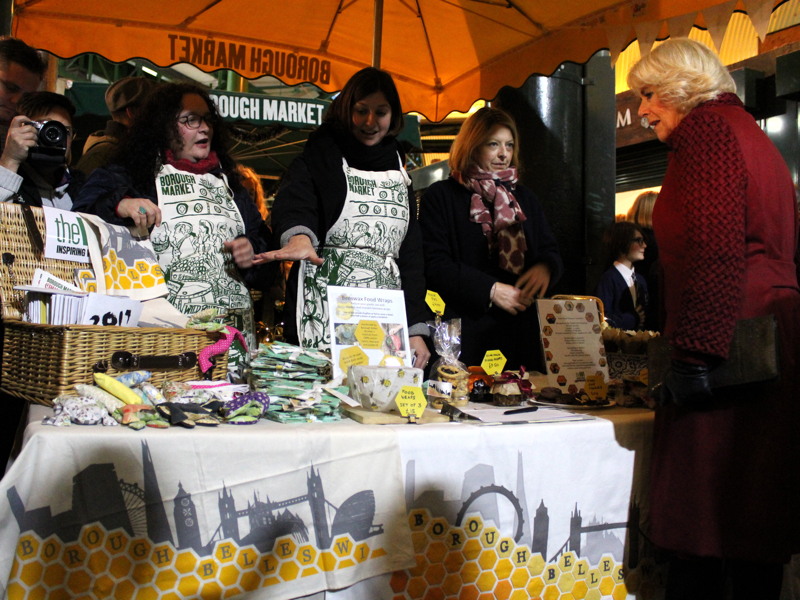 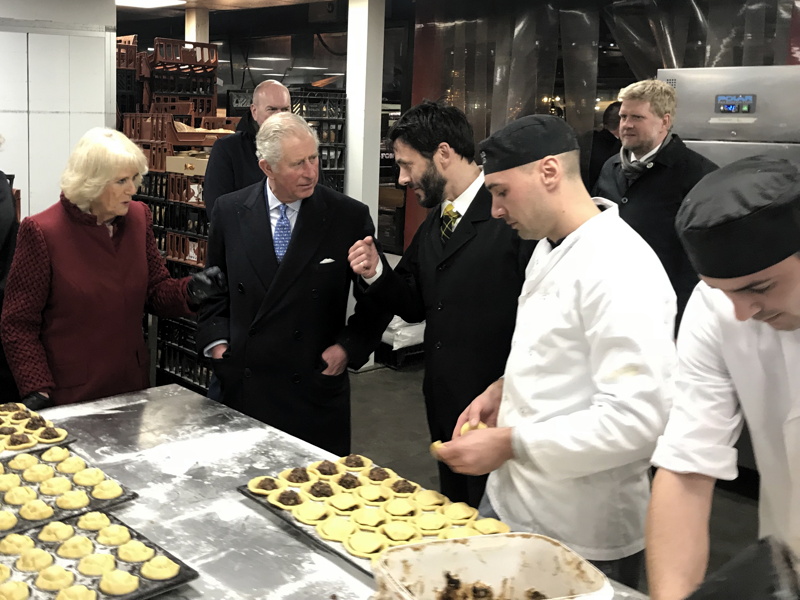 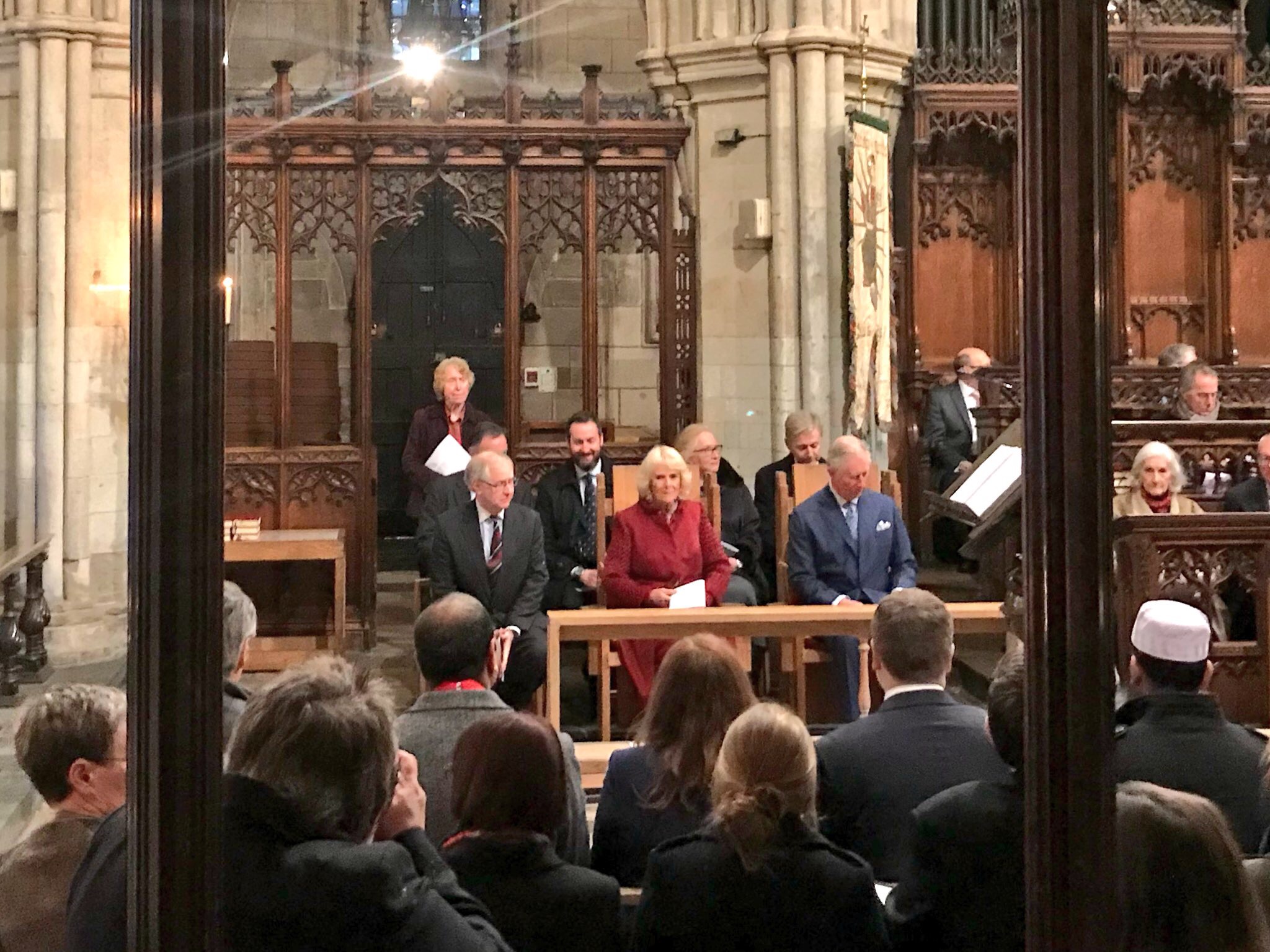 In Southwark Cathedral the Prince and the Duchess joined local people for a service of light, six months on from the terrorist attack that killed 8 people 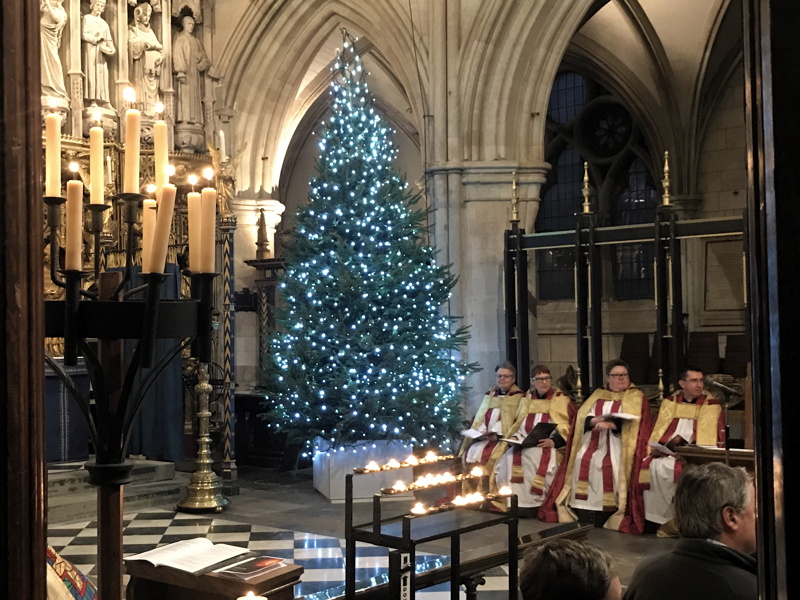 The Prince and the Duchess have been long-term supporters of the market, making visits in 2013 and 2005.

Wednesday's visit began with a performance by the Borough Market Choir before the royal couple were introduced to representatives of local organisations including the Bankside Residents' Forum, Waterloo Foodbank, the Manna Centre and the Robes Project.

They met people involved in the trader support fund set up in the wake of the terrorist attack in June, including Richard Heaton, chair of the United St Saviour's Charity.

The Princes and the Duchess were accompanied by the Archbishop of Canterbury, the Most Revd Justin Welby.

As they moved through the market the royal visitors met traders and customers.

Pupils from John Ruskin Primary School had set up a stall to demonstrate the skills they have learned as 'young marketeers', growing and selling their own produce with the charity School Food Matters.

Moving into Cathedral Street the royal couple met some of those who had been working in the area when terrorists struck on the night of Saturday 3 June, including Borough Market security guard Ganja Garbuja.

The visitors escaped the rain by making an unscheduled detour into the Bread Ahead bakery where they watched mince pies being made.

Once inside Southwark Cathedral the Prince and the Duchess met representatives of the Harper Road mosque as well as members of the Street Pastors, before being introduced to the Bishop of Southwark, the cathedral clergy and the Deputy Mayor of Southwark Cllr Jamille Mohammed.

The royal guests took their seats in the cathedral choir for a brief 'service of light'. Participants in the service included the gospel choir of St Saviour's & St Olave's School at Bricklayers Arms.

During the prayers – led by pupils from Cathedral School – the eight people killed by terrorists around London Bridge, Borough Market and the Cathedral were remembered by name.

This was the third royal visit to the area since the terrorist attack: Prince Harry toured the market in June and the Countess of Wessex attended the national Service of Hope held at the cathedral in the aftermath of the tragedy.