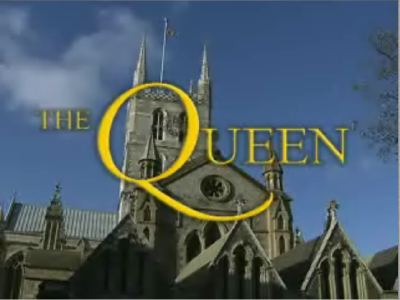 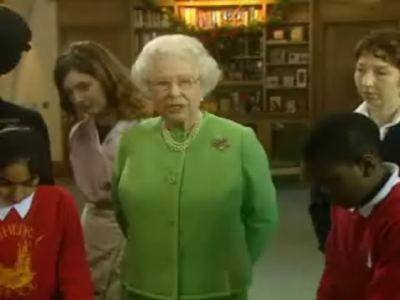 The 5-minute Christmas broadcast was seen by millions of viewers around the Commonwealth. Normally filmed in one of the Queen's homes, this year's message was recorded in and around Southwark Cathedral.

The opening shots featured the Cathedral's bellringers. Most of the broadcast was filmed in the Garry Weston Library above the refectory, part of the Millennium development opened by Nelson Mandela in 2001.

The Queen was seen helping a group of children and young people – including pupils from Cathedral School and Charles Dickens Primary School – to put the finishing touches to a triptych depicting the Nativity, watched by the Dean of Southwark, the Very Revd Colin Slee.

Speaking about the responsibility of families and communities to nurture children and young people, the Queen said: "Dedicated teachers, friends and voluntary workers like these here at Southwark Cathedral have much to contribute.

"As with any team, there is strength in combination: what grandparent has not wished for the best possible upbringing for their grandchildren or felt an enormous sense of pride at their achievements?

"But, despite the many community projects like this one, the pressures of modern life sometimes seem to be weakening the links which have traditionally kept us together as families and communities."

The final section of the message was filmed in the Cathedral itself, with the Queen standing in front of the Christmas tree by the high altar: "For Christians, Christmas marks the birth of our Saviour, but it is also a wonderful occasion to bring the generations together in a shared festival of peace, tolerance and goodwill.

"I wish you all a very happy Christmas together."

The broadcast ended with the Cathedral's Merbecke Choir, directed by organ scholar David Pipe, singing Ding Dong Merrily on High under the vaulted roof of the retrochoir.