The bronze sculpture of Nelson Mandela has been returned to its plinth alongside the Royal Festival Hall. 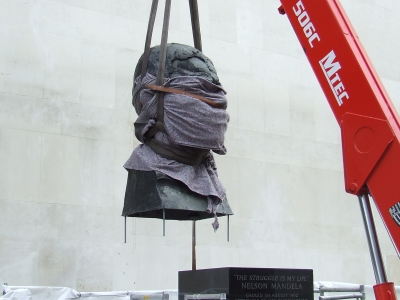 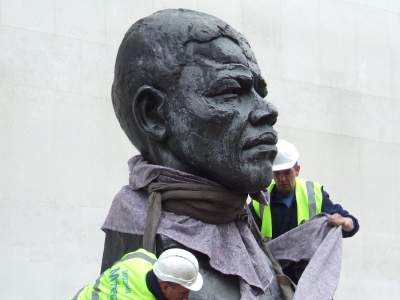 It was removed from the walkway between the Royal Festival Hall and Hungerford Bridge during the major refurbishment works at the arts venue.

With the works drawing to a close the sculpture was lowered into position on Friday morning.

The sculpture by Ian Walters was commissioned by Ken Livingstone when he was leader of the Greater London Council. It was unveiled in 1985 by ANC president Oliver Tambo.

"The commissioning of this statue was symbolic of the wide support that existed amongst Londoners for the struggle against apartheid at a time when many in the media and the British government regarded Nelson Mandela as a terrorist," says Ken Livingstone, now Mayor of London.

"It is one of a tiny number of statues of black or Asian people in London. Its return to its original location in the enhanced setting of the landscaping around the Royal Festival Hall is extremely welcome and I hope that Londoners will take the time to visit it."

One of Walters' final projects was a new statue of Mandela due to be installed in Parliament Square.