3,000 pansies have been planted on the South Bank as part of an artist's ongoing project to place flowers close to sites where homophobic abuse has occurred. 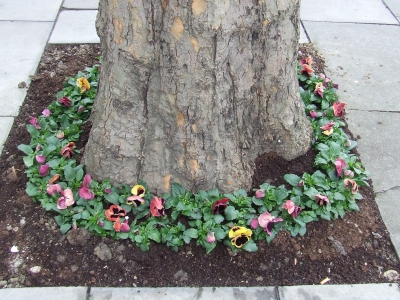 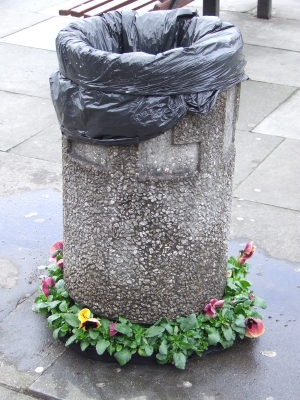 Paul Harfleet's latest installation on the South Bank near Waterloo Bridge coincides with the London Lesbian & Gay Film Festival at BFI Southbank and marks the scene of the murder of David Morley in 2004.

The 3,000 pansies adorn trees, litter bins and bollards on the riverside walkway in front of BFI Southbank and the Royal Festival Hall.

Last year members of a gang which undertook and filmed a series of brutal assaults and robberies in Waterloo including the killing of David Morley were sentenced to a total of 44 years imprisonment.

David Morley had been working as a barman at the Admiral Duncan pub in Soho when it was attacked by nail bomber David Copeland in 1999.

Throughout the film festival – which continues until 4 April – Paul Harfleet will be maintaining the installation and at weekends will be handing pansies out to interested passers by who want to mark their own experience of homophobia.