More than 2,000 Southwark Council staff could be moving to new offices in Tooley Street within the next two years, it emerged this week. 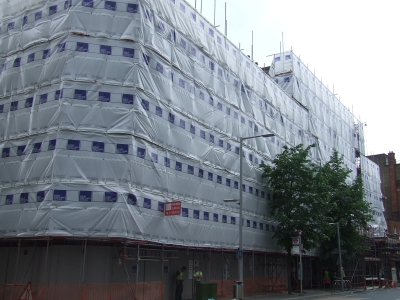 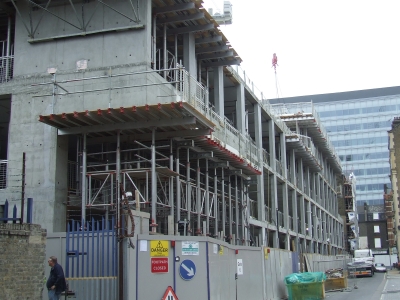 Images from sales brochure for the development

Last week the council's ruling Lib Dem-Tory executive agreed to proceed with plans to seek "medium term" office accommodation for 2-3,000 council officers. But the decision has been "called in" by Labour members of the cross-party Overview and Scrutiny Committee which will meet to consider the relocation plans on Thursday night.

Southwark Council had refused to discuss the location of the building it is hoping to secure, but trade magazine Property Week reports that the authority is in "advanced talks" to lease the Great Portland Estates development at 154-172 Tooley Street.

The building, which is currently under construction, was bought from developers GPE by UBS Global Asset Management last June in a Ł94.3 million deal.

The prime site – bounded by Tooley Street, Shand Street, Barnham Street and the railway – is opposite the Unicorn Theatre and is situated just yards from City Hall.

Council bosses insist that urgent action is required to relocate staff currently spread across 16 locations around the borough, often in poor conditions.

Departments likely to move to Tooley Street if the deal goes through include the regeneration department which currently based in the much-hated Chiltern building on the Aylesbury Estate. Education and children's services are also due to be centralised.

"Customer-facing" council services such as one stop shops and housing offices will not be affected by the relocation plans.

The move will be funded by the sale of council buildings around the borough which could raise up to Ł40 million. Southwark Town Hall will remain the council's base for civic meetings and functions. The former Bermondsey Town Hall in Spa Road and the old Town Hall in Walworth Road are also due to be retained.

The council's revised office accommodation strategy is priced at Ł92 million over 15 years, which the authority insists is Ł30 million less than if the current buildings were to be retained.

"The public haven't been consulted about the sale and closure of large numbers of council offices in their communities – or about whether they're happy to pay for shiny new offices for the Lib Dem-Tory council whilst the family silver is sold off to pay massive rental costs.

"The financing of this scheme has not been fully explained. How are these huge rent bills going to be paid? Selling off these buildings might cover the costs short-term, but who will pick up the tab when the money runs out? It can only end up being the people of Southwark. And after this year's inflation busting near four per cent council tax increase they will quite rightly be outraged."

Opposition councillors have also voiced concerns about the loss of jobs from the centre of the borough. On his blog Camberwell Green Labour councillor John Friary described the Tooley Street plan as "absolutely deranged" and warned of "a seriously detrimental effect on the local economy" of Camberwell.

Earlier this year the council came close to taking short-term office space in Hannibal House, above the Elephant & Castle Shopping Centre, but these plans were abandoned due to the scale of IT investment that would have been required.

The Tooley Street move is described as a "medium-term" solution, leaving the option open for the council's long-term aspiration to build a new civic centre as part of the Elephant and Castle regeneration programme.

The plan to centralise council departments in a single building in a prime location echoes an earlier move by neighbouring Lambeth Council – at the time also controlled by a Lib Dem-Tory administration – which provoked a political row when it took office space in Vauxhall at Phoenix House in the St George Wharf development.