Bermondsey Street will soon be gaining an apart-hotel and gym after Southwark's planning committee approved a new scheme. 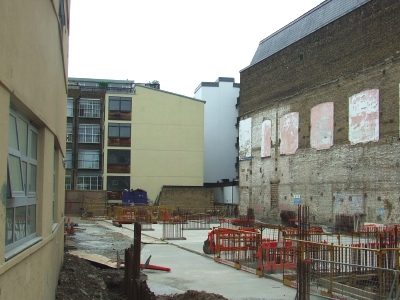 The five and six-storey building on the west side of Bermondsey Street (opposite the former Time & Talents building) will have 102 bedrooms with a restaurant/retail space and health club at ground level.

The development will involve the demolition of the Generator Building in Blue Lion Place which is just a few years old and has never been occupied.

The Bermondsey Street frontage will be on the site of the former Titan House.

Developers say that they looked at the possibility of retaining and converting the Generator Building but this didn't prove viable.

The apart-hotel has been designed by Glenn Howells Architects whose London office is at Maltings Place on Tower Bridge Road.

It is estimated that the apart-hotel – which is expected to attract business travellers looking for short or medium-term accommodation – will create up to 87 jobs.