The Mayor of London has announced a deal that secures £500,000 for Southwark affordable housing following negotiations with the developers of 240 Blackfriars Road. 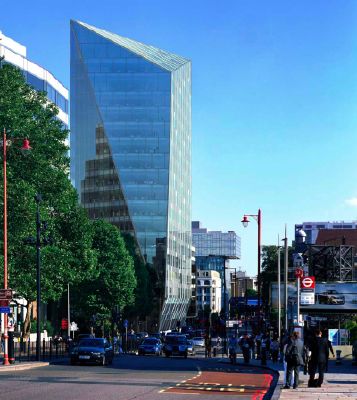 The 15-storey office development with 10 residential units on the eastern side of Blackfriars Road between Southwark Street and Burrell Street was given the go-ahead by Southwark councillors in March subject to the Mayor of London's approval.

On 7 May the Mayor wrote to Southwark Council directing it to refuse planning permission for an application to develop 240 Blackfriars Road as it was contrary to the policies of his London Plan, particularly on the provision of affordable housing.

As a consequence the developers submitted revised proposals which included an increased contribution of £500,000 towards off-site affordable housing, up from their original offer of £170,000.

This outcome led the Mayor to lift his direction and allow Southwark to issue planning permission.

"As people in Southwark and all over London know only too well, the cost of buying a home in London is so high that affordable homes are more in demand than ever," says the Mayor of London Ken Livingstone.

"Thanks to this intervention, we've increased this scheme\s contribution to affordable housing by almost 200 per cent. I am very pleased that those responsible for this development have understood and responded to my concerns, allowing this otherwise welcome project to go ahead.

"It is crucial that we use the planning system in this way, to maximise the benefits that can be delivered for the community, and in particular to meet the most simple need experienced by Londoners – to have an affordable roof over their head."

The scheme also provides £502,000 for improvements to the public realm on Blackfriars Road and £342,000 for training of Southwark residents.