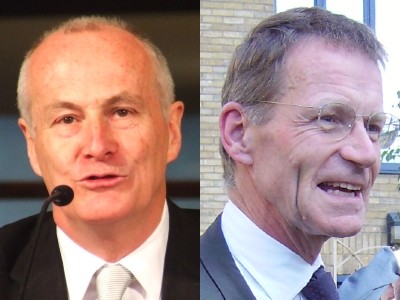 The SOWF (Some Other Way Forward) GeoDome will visit five parks in Lambeth and Southwark during July and August.

The GeoDome contains a number of zones to explore with a range of free activities and workshops. There will also be a stage for young people to perform and showcase their talents.

The tour aims to take the South Bank and Bankside Cultural Quarter out to the wider Lambeth and Southwark community, to raise awareness about the events on offer and provide opportunities for families and young people to get involved.

In a joint statement the leaders of the Cultural Quarter organisations, Michael Lynch, chief executive of the Southbank Centre, and Sir Nicholas Serota, director of Tate, said: "This is a very important initiative for all the arts organisations in the north of the two boroughs.

"We want as many young people as possible to enjoy what we have to offer and we want to hear what young people really want from us."

Laia Gasch, director of the Some Other Way Forward Project, added: "Lambeth and Southwark have a wealth of cultural organisations that host some amazing events and performances throughout the year. We hope our touring GeoDome can help bring a taste of these to wider and larger audiences in South London, and open the door to young people expressing their own creativity."

Free workshops will be led by a number of partners from the Cultural Quarter including the Design Museum, Tate, Southbank Centre, Unicorn Theatre, The Mayor's Thames Festival, BFI Southbank, Shakespeare's Globe and the Imperial War Museum. All activities are free and everyone is welcome.

The GeoDome is visiting five venues including the Lambeth Country Show in Brockwell Park, Carnaval del Pueblo in Burgess Park and the I Love Peckham event in Peckham Square.

The Cultural Quarter's Some Other Way Forward project is funded by Ł1.8 million from Treasury's Invest to Save scheme announced in Gordon Brown's 2006 Budget

The project aims to offer 80,000 young people aged 3-19 in Lambeth and Southwark a chance to meaningfully experience arts and cultural activities around the themes of performance, art, film, learning, environment and crucially, employment and life skills.