Tens of thousands of people thronged the SE1 riverside on Saturday and Sunday for the tenth anniversary Mayor's Thames Festival. 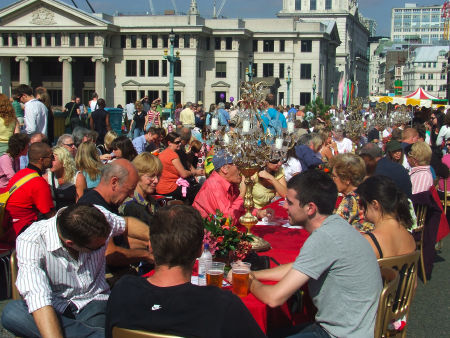 Southwark Bridge was closed to traffic for 'Feast on the Bridge', a food festival 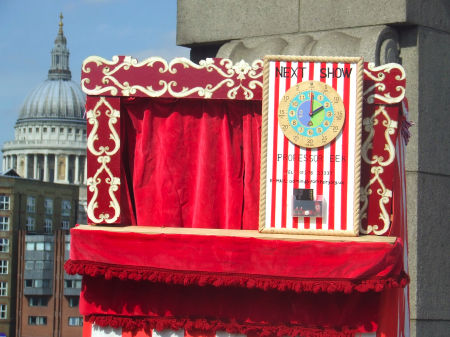 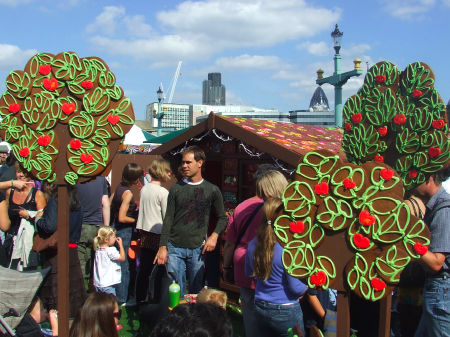 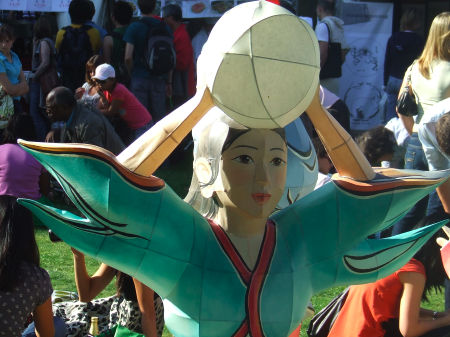 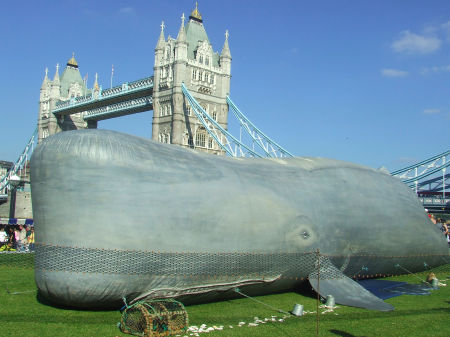 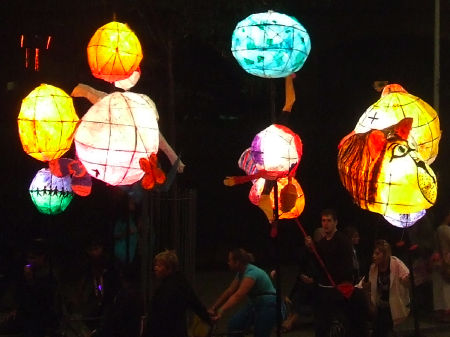 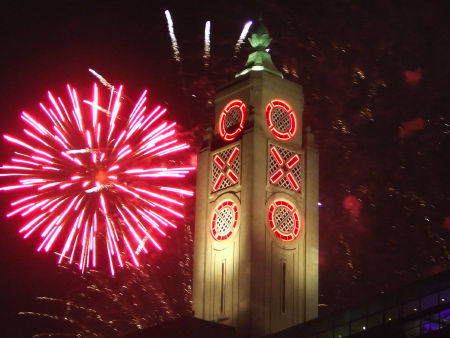 The festival ended with a spectacular fireworks display on Sunday night 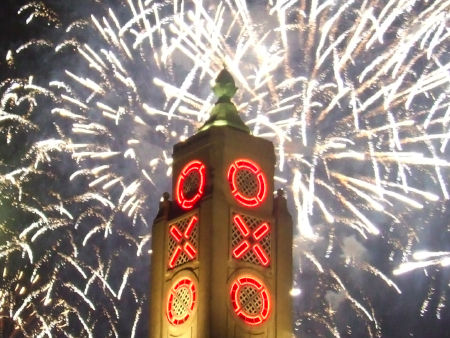 Before the event the organisers predicted that the festival would draw up to a million people to the SE1 riverside between Westminster Bridge and Tower Bridge. Jubilee Gardens, Bernie Spain Gardens and Potters Fields Park were all filled with stalls, music stages and activities.

A new attraction this year was Feast on the Bridge which saw Southwark Bridge closed to traffic and filled with food stalls and entertainment.

Curator Clare Patey said it was "a unique opportunity for Londoners to come together, to eat, to drink, to dance, to talk and to share in a collective celebration of the spirit of the river over the Thames itself."

Even Ken Livingstone himself was spotted buying an ice cream and enjoying the festivities.

As well as the events on the riverbank, there was also plenty to see on the river itself. London Afloat on Saturday included an impressive pageant of river vessels both old and new and Thames Day on Sunday included traditional rowing, canoeing and the Faldo Barge Driving Race.

"The Thames Festival prides itself on the range, depth and quality of education and outreach work," says festival director Adrian Evans.

"All the many, various projects with hundreds of local schools in London are aimed at fostering a greater understanding and appreciation of the River Thames, its diverse history and its role as a living, working waterway."

What did you think of this year's Thames Festival?