A time capsule was buried during a ceremony at London South Bank University on Thursday to mark the start of work on the Keyworth II building in Keyworth Street. 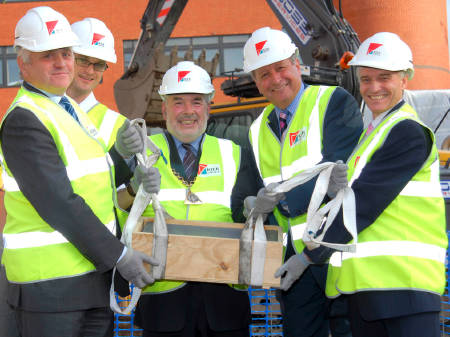 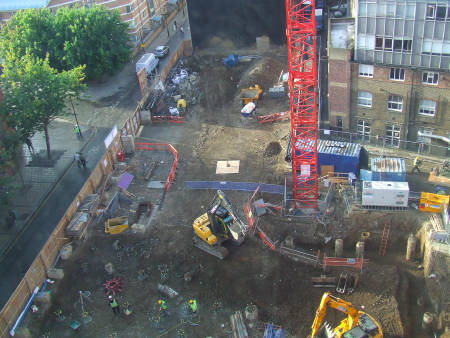 The site of Keyworth II seen from the neighbouring Keyworth Centre 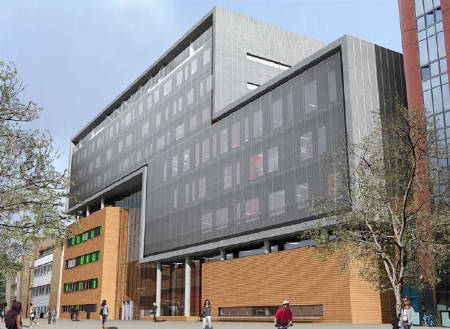 "London South Bank University is one of the most important institutions in the area and makes an enormous contribution to the local community and the local economy," said Mayor of Southwark Cllr Bob Skelly who was guest of honour at the event.

"I would like to congratulate the University and all of its supporters for reaching this important milestone in the construction of the Keyworth II project."

The time capsule included a local paper, coins minted in 2007, photographs and other materials from faculties and departments, including Health & Social Care, Education and Sports & Exercise Science which will move into the new building in 2009.

Keyworth II, which will be built on the site of the former Students' Union, is part of the university's 15-year campus development programme.

The new building – which has been designed by Grimshaw Architects – will also house an innovative centre for the teaching, demonstration and research of low carbon energy technologies.