Long Lane is set to gain a Tesco Express store and a Soho Gyms health club after Berkeley Homes gained planning permission to use three-quarters of the largest commercial space at Empire Square as a gym. 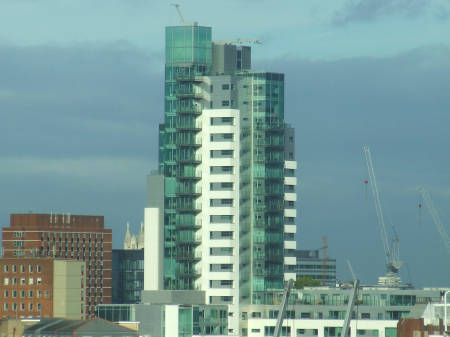 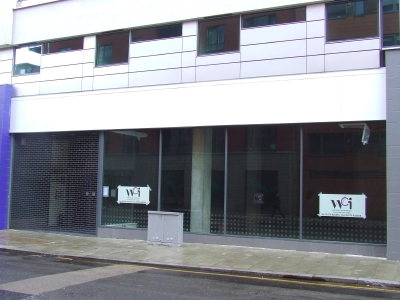 Permission for change of use was granted by Borough & Bankside Community Council on Monday night.

Berkeley Homes's Tabard Square/Empire Square development – originally approved in 2003 and recently completed – included a 17,000 sq ft retail until which was expected to become a medium-sized supermarket.

The developer says that eleven supermarket chains – including Waitrose, Marks & Spencer, Sainsbury's, Tesco, Aldi and Lidl – were approached but none would take the space due to lack of passing trade and customer parking.

Last year Berkeley Homes applied for a variation of its original planning permission to allow 49 of the 235 parking spaces in the basement car park to be used by supermarket shoppers in a bid to make the space more attractive to retailers. The application – which was opposed by community groups Charterhouse-in-Southwark and West Bermondsey Community Forum – was refused by Southwark Council.

Now a Tesco Express store seems certain to open on the Long Lane frontage but the store will occupy just 4,000 sq ft of the overall 17,000 sq ft space.

The remainder now has planning permission for use as a gym. Berkeley Homes's agent told the meeting that it has lined up Soho Gyms as its tenant for the space. The five-strong health club chain already has an SE1 branch in Waterloo's Brad Street.

The meeting heard from Tabard Street-based woodcarver Hugh Wedderburn who told councillors that local surveys had shown that a larger, lower-priced supermarket was top of local residents' wish lists. He added that the prospect of the larger supermarket had mitigated the effects of the large Tabard Square development.

Berkeley Homes's agent told councillors that his client had spent four years trying to find a supermarket operator for the large space without success but the parking issue had proved a stumbling block.

The meeting's chair, Cllr Adele Morris, pointed out that Tesco manages to sustain larger Tesco Metro stores without parking in other parts of London such as Cheapside across the river.

Chaucer ward councillor Lorraine Zuleta spoke against the application, confirming that "a large, decent supermarket was really high on the list of aspirations of local residents".

She stressed that the Tesco Express convenience store format planned for Long Lane tends to be more expensive than the larger Tesco Metro 'high street' stores – which she said was "worrying" given the less-affluent profile of the surrounding community and low levels of car ownership.

Cllr Zuleta, who is Southwark's executive member for culture, leisure and sport, also questioned the viability of the proposed gym given the "abundance" of private health clubs in the London Bridge area. She also pointed out that the Elephant and Castle regeneration will deliver "a state-of-the-art, all-singing, all-dancing" leisure facility "in the not too distant future".

She reminded her colleagues that residents were led to believe that they were going to get a large supermarket at the time of the consultation on the overall Tabard Square development.

"Residents would like something big and decent that's nearer than the Old Kent Road," she said.

• Last week the Tabard Square/Empire Square development gained the Building for Life gold standard from design watchdog CABE. "The specification is absolutely fantastic, there isn't a material they've used that won't look as good in 25 years," said the judges.

Is Tesco Express better than nothing or would you prefer a larger store?