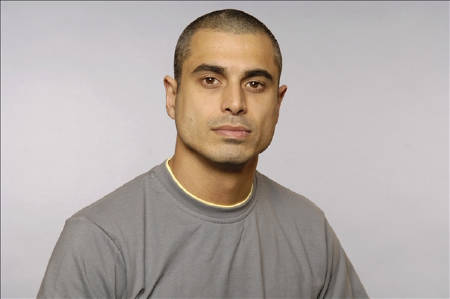 His decision to stand down follows criticism of his poor attendance record at council meetings.

In an open letter, Cllr Paul Baichoo writes: "Of course, I want local residents to be fully represented. I am really sorry that I have not done all I wanted for the community and that my health has given me problems this year. With many regrets, therefore, I have decided I will stand down as a councillor."

It is not clear whether Cllr Baichoo has yet formally submitted his resignation to the council's chief executive Annie Shepperd which would trigger the procedure for calling a by-election.

Cllr Baichoo, who lives on Bermondsey's Four Squares Estate, was elected to the council in May 2006.

Along with Cllr Nick Stanton and Cllr Eliza Mann, Cllr Baichoo represents Riverside ward which stretches from London Bridge to Southwark Park Road north of the railway line and has Tooley Street and Jamaica Road as its spine.

Cllr Baichoo did not attend a single meeting of Bermondsey Community Council between December 2006 and October 2007. At the most recent meeting on 15 October he arrived late and sat at the top table for a few minutes before leaving.

He has not attended a meeting of Council Assembly [the full council] since the mayor-making ceremony in May.

Cllr Baichoo last week told the Southwark News that his non-attendance had been due to his illness with throat cancer. This week he tells the paper that he had been treated for cancer "some years ago", and has suffered unspecified ill-health this year.

He also said that "...the Town Hall doesn't interest me in the slightest and I'd be happy if I never had to go there again."

Baichoo, who has worked as a fitness instructor and glamour photographer, posted an advert for his photographic services on Gumtree as recently as today [1 November].

Responding to the news of Cllr Baichoo's intention to resign, Labour leader Cllr Peter John said: "I'd like to wish Paul a speedy recovery, I'm sure the thoughts of Southwark councillors are with him at this testing time.

"I agree that stepping down is the right thing to do, it would have been difficult for him to come back following recent events.

"The Liberal Democrats have taken the people of Riverside for granted for far too long. Many people in the area are deeply disillusioned and angry by the Lib Dems' woeful performance and unwillingness to tackle the issues that matter – namely crime, drug use and regeneration.

"The Liberals' remaining two councillors in the ward are considered by their constituents to be remote, lazy and arrogant and have achieved precious little for the area.

"Labour will stand to win in Riverside. We'll be highlighting our own positive messages on dealing with anti-social behaviour, zero tolerance of gangs, crime and drug use and ensuring that local redevelopment responds to the needs of local people, instead of generating mega-profits for big companies. It's time for a change in Riverside ward – it's time for Labour."

"We are aware that Paul has been suffering with concerns about his health for some time now," says Cllr James Gurling, chair of Southwark's Lib Dem group. "He has my – and the group's – sympathy. We are very sorry that he has decided to stand down."

Cllr Baichoo has previously worked for North Southwark and Bermondsey MP Simon Hughes, and accompanied the parliamentarian on a trip to Israel and Palestine last Christmas.

"Paul was elected because, like many people locally, he wanted to give back to the community," says Simon Hughes.

"I am very sad that this will not be possible in the immediate future. I certainly hope that we will always value people like Paul who don't come from party political backgrounds but are motivated by the needs of their neighbours and their ambition for the place they live in.

"Thank you Paul for wanting to contribute to your community, in spite of battles with illness. Get better soon, and back to your happy, healthy and outgoing self. There'll always be a need for all the positive things which you can offer."

Only 27 per cent of the 9,000 people registered to vote in Riverside ward took part in the May 2006 election – the second-lowest turnout in the borough.

An upset in Riverside ward would be a blow to Southwark's ruling Lib Dem/Conservative alliance, especially in the backyard of council leader Nick Stanton.

Current state of the parties on Southwark Council