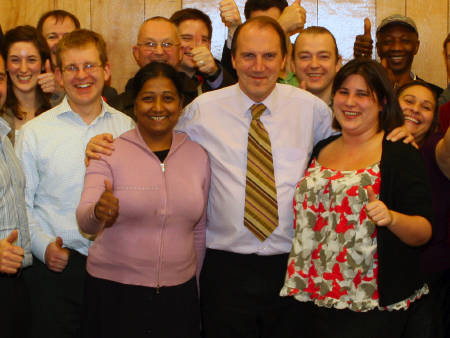 26-year-old Anood was born in King's College Hospital, brought up in the borough and has lived in Camberwell and Bermondsey for the last 17 years.

After working at Guy's Hospital, Anood has worked in Simon Hughes' office over the last four years dealing with casework such as as housing problems, antisocial behaviour and healthcare.

In 2006 she was an unsuccessful Lib Dem candidate in Southwark's Brunswick Park ward.

"I am really excited and privileged to have the chance to be the next Liberal Democrat councillor in Riverside ward," says Anood Al-Samerai.

"After helping so many people in Bermondsey over the years, I fully understand the challenges we face, as well as the huge potential of the area. I passionately believe in strong local communities and will use all my energy and local experience to stand up and win for the people and families of this great and proud community.

"Like many young people in the borough I have struggled to find affordable housing locally.

"I will make affordable housing for all and excellent facilities for young people my top priorities as Bermondsey's new local councillor."

Simon Hughes added: "Anood is a great choice to be our next local councillor. I have seen Anood's enormous amount of commitment, energy and work over several years and am convinced nobody will fight harder for all our local residents and families. Anood is worthy of everybody's enthusiastic support."

The Tories this week named Rahoul Bhansali as their candidate. News from Labour and the Green Party is expected imminently.