The protective wrap is being peeled off the historic Georgian terraces on London Road and Borough Road as stabilisation work reaches completion. 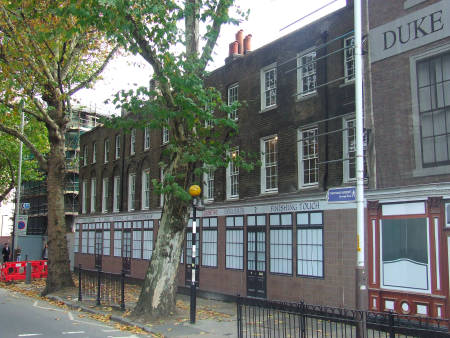 The covers are removed from the Borough Road elevation 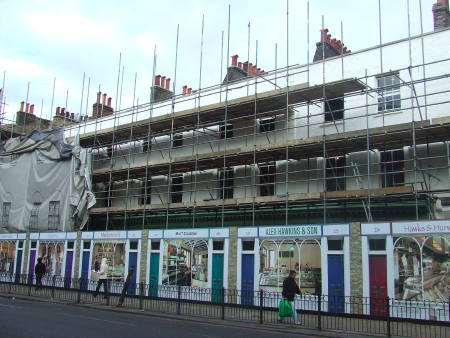 The London Road facade has been painted 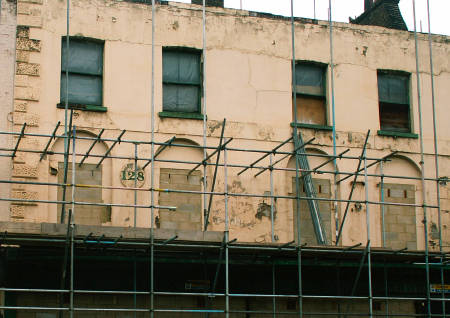 The London Road facade in April 2006, before stabilisation work began

They have featured on English Heritage's Buildings at Risk Register for at least five years due to their hitherto poor condition.

This week the university marked the completion of the first stage of a stabilisation and restoration project and the decorative wrap that has covered the terraces for more than a year.

"We are delighted to join the contractors, heritage groups, and the local council in celebrating the stabilisation of these Georgian buildings, which has taken them from a significant liability and visual blight on the area to structures which greatly improve the appearance of both LSBU's campus and the entire Elephant & Castle neighbourhood," says Prof Deian Hopkin, vice-chancellor of London South Bank University.

"This occasion marks the starting point for what we hope will evolve into exciting plans for the future development of the site."

The university says that it is seeking to widen the debate before firming up any one particular use for the attractive buildings.

A previous scheme to provide a new home for the National Film and Television School in the buildings fell through.

The stabilisation of the terraces is part of the university's 15-year estates strategy for its Elephant & Castle campus which also includes the Keyworth II development on Keyworth Street and the delayed students' union and primary care health centre in the former Presbyterian Chapel on Borough Road.