Plans to build a new architecture centre on Southwark Street designed by Zaha Hadid have been abandoned, it emerged this week. 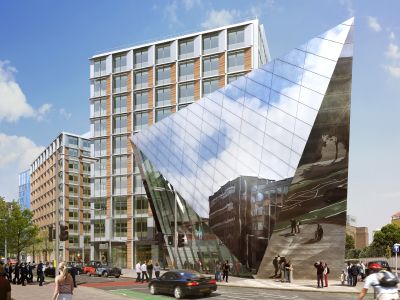 This proposed building for Southwark Street has been abandoned 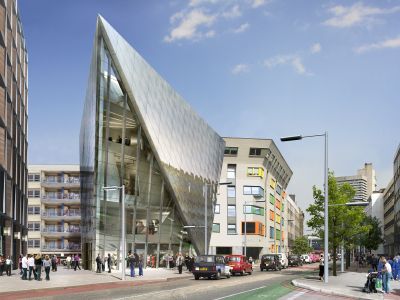 In 2004 the Architecture Foundation launched a competition to find a designer to create a new headquarters, exhibition and events space on a plot of land provided by developers Land Securities at the corner of Southwark Street and Great Guildford Street.

Three years ago it was announced that the competition had been won by Baghdad-born Zaha Hadid.

In Autumn 2006 a much-revised design was granted planning permission by Southwark Council.

Since then rumours of spiralling construction costs have abounded, and finally last week the Architecture Foundation's board decided to pull the plug on the project.

Writing in the Architects' Journal, Architecture Foundation chairman Rowan Moore described the failure of the project as "disappointing".

"However we felt that, in the current economic and fundraising climate, this was the right thing to do. A building is an instrument to achieve certain ends: there was a danger that the project would not be the right instrument in the changed world which we have now entered."

Land Securities – who own the triangular site – have indicated that the site will now be landscaped while possible future retail or leisure use is considered.

The plot of land is adjacent to the new Marks & Spencer Simply Food store due to open soon at the base of Bankside 3.