Marks & Spencer is to open a Simply Food store in Southwark Street. 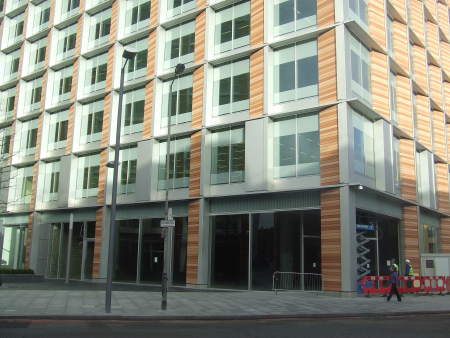 The store, at the base of the Bankside 3 building at the junction of Southwark Street and Great Guildford Street, will be the fifth M&S food store in SE1.

The Simply Food chain has a store at More London near Tower Bridge as well as franchise outlets at London Bridge Station, Waterloo Station and at the BP station in the New Kent Road.

The Bankside 123 development is already home to IPC Media, who renamed Bankside 1 as the Blue Fin Building, with the Royal Bank of Scotland due to occupy the office buildings known as Bankside 2 & 3.

The development – designed by local architects Allies & Morrison – has opened up Canvey Street as a new pedestrian link between Southwark Street and Sumner Street lined with restaurants. Leon, Tsuru and Pret a Manger have already opened. Cafe del Aziz – which holds a bellydancing licence – and Viva Verdi are also due to open in Canvey Street.

The new M&S is adjacent to the proposed site of the Architecture Foundation's new HQ designed by Zaha Hadid which has been delayed by attempts to control spiraling construction costs.