One week on: candlelit vigil for Arsema Dawit

A vigil has been held outside the home of Arsema Dawit exactly a week after she was murdered at Matheson Lang Gardens in Waterloo. 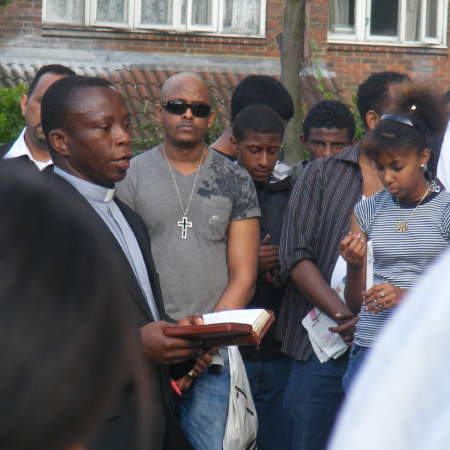 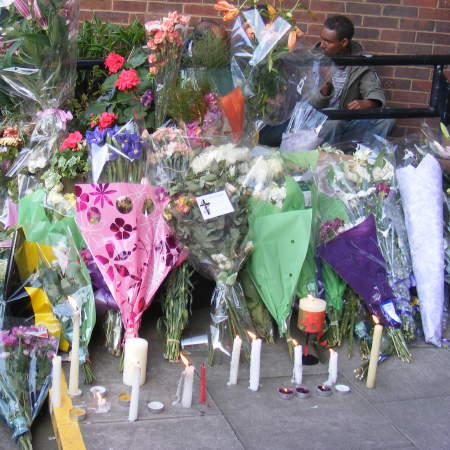 Seven days after the death of the 15-year-old schoolgirl around 175 people joined the family outside Matheson Lang Gardens at the junction of Frazier Street and Baylis Road.

The 30-minute memorial gathering opened and closed in silence with many neighbours holding lighted candles.

Fr John Eze from St George's Cathedral gave an address at the end of which he suggested that the community should pray that no other family endures such a tragedy.

After a solemn dirge had been sung Arsema Dawit's mother and relatives withdrew to their home leaving other mourners outside. In the gathering dusk candles were gradually placed below the bank of floral tributes at the flats' entrance.

On Sunday prayers were said for Arsema Dawit and her family at both the Anglican Southwark Cathedral and the Roman Catholic St George's Cathedral.