15 firefighters tackled a blaze on the seventh floor of Matheson Lang Gardens in Baylis Road in the early hours of Tuesday morning. 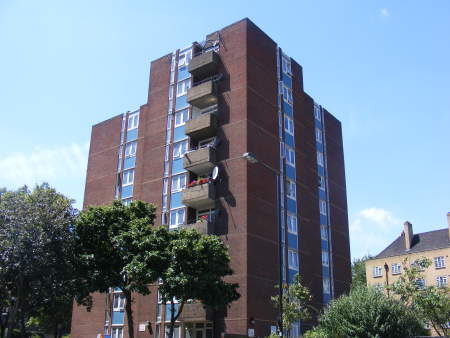 Three fire engines and around 15 firefighters were called to the fire on the seventh floor of the nine-storey block at the junction of Frazier Street and Baylis Road in Waterloo just before 5.30am on Tuesday.

Fire crews wearing breathing apparatus led a man to safety from a seventh floor flat and he was treated at the scene by the London Ambulance Service.

The fire, which is believed to have started in the lounge, damaged around 10 per cent of the flat.

Matheson Lang Gardens hit the headlines a month ago when 15-year-old Arsema Dawit was found bleeding to death in a lift in the building.