Seven New Romney rams were led across London Bridge early on Sunday morning to raise awareness of the Save Canterbury Cathedral campaign and promote local produce from Kent. 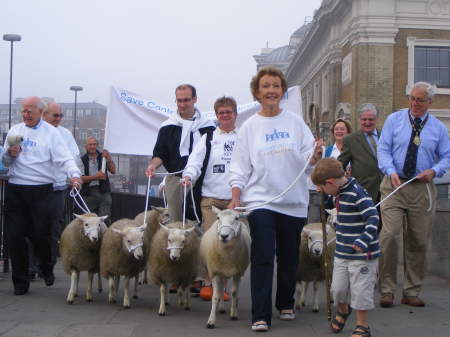 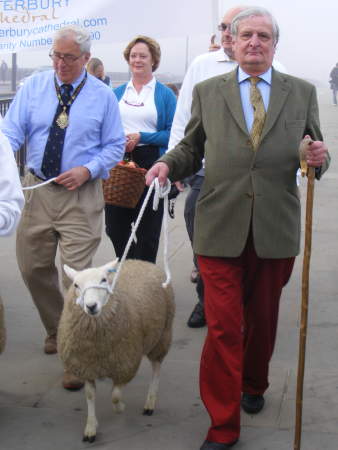 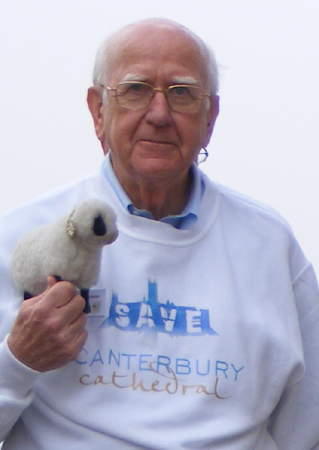 Clubbers wandering home over London Bridge at 7.30 on Sunday morning were bemused by the sight of the sheep appearing through the mist which was so thick that Southwark couldn't be seen from the City side.

The stunt was organised by Amanda Cottrell, former high sheriff of Kent, who was joined by Viscount De L'Isle of Penshurst Place, pollster Sir Robert Worcester and Eric Fraunfelter, master of the Worshipful Company of Fruiterers.

All four were exercising their right as freemen of the City of London to drive sheep across the bridge, although the city authorities try to discourage this happening too often.

As patron of Produced in Kent, Mrs Cottrell is encouraging people to source food locally, support farmers and make the most of fresh seasonal produce.

The Save Canterbury Cathedral campaign is trying to raise Ł50 million to preserve the historic church building.

"As patron of Produced in Kent and trustee of Canterbury Cathedral I feel that both of these issues have enormous national importance," says Amanda Cottrell.

"This is a unique and, I hope, effective way to raise the profile of both these issues."

Kansas-born Sir Robert Worcester, founder of the MORI opinion poll organisation, is familiar to TV audiences for his electoral punditry. He lives at Allington Castle near Maidstone and is a deputy lieutenant of the county of Kent.

Sir Bob is a great fan of the Southwark area. Three years ago he sold MORI to French firm Ipsos. The combined Ipsos MORI company has its London base in Borough Road.

• In 2002 Mayor of Southwark Hilary Wines crossed the Millennium Bridge with a fibreglass sheep on a skateboard. Two years ago members of the Worshipful Company of Butchers assisted architects Renzo Piano and Richard Rogers in driving a herd of sheep from Southwark Cathedral to Smithfield Market via the Millennium Bridge.