Mayor of London Boris Johnson was joined by carnival performers outside City Hall on Thursday to launch the Mayor's Thames Festival. 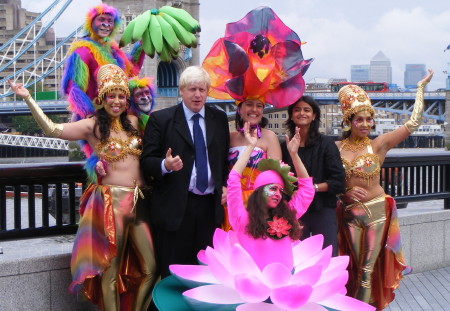 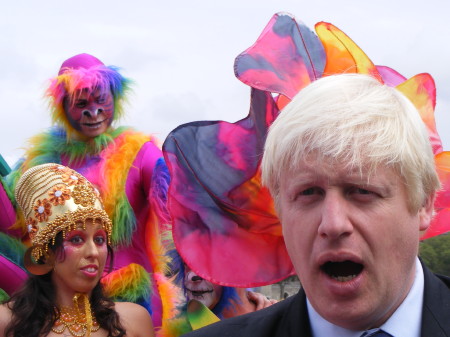 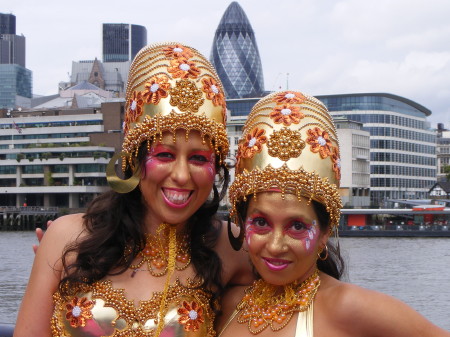 The Mayor's Thames Festival on Saturday and Sunday will take place along the river from Westminster Bridge to Tower Bridge.

The festival offers events and activities for young and old and will culminate in a stunning night carnival and firework display on Sunday night.

On Wednesday Rosie Boycott, recently appointed by the Mayor of London as Chair of London Food, met pupils from Rosendale Primary School where she helped them harvest pumpkins for use in this weekend's Feast on the Bridge event on Southwark Bridge.

The pupils gave Rosie a tour of their school allotment and proudly displayed the pumpkins that they have being carefully growing and nurturing since April. They were joined by Feast on the Bridge curator Clare Patey, project gardener Karen Wydler and head teacher Wendy Jacobs.

The pumpkins that were picked on Wednesday will play a very important role at this weekend's festival when they will be brought to the bridge by the children in a harvest festival procession as part of the feast's opening ceremony. Artist and chef Miche Fabre Lewin will then invite the public to help prepare and cook pumpkin soup on the bridge.

"This weekend's Feast on the Bridge is a such a novel way of getting Londoners together while also showcasing local, seasonal and ethically sourced food from across the capital," says Rosie Boycott.

"The event is proof that healthy food doesn't need to be expensive or exclusive and that it's available to one and all."

The Feast on the Bridge event is being organised by The Mayor's Thames Festival and is supported by the London Development Agency's London Food programme. It will see Southwark Bridge transformed into a giant banqueting hall with tables running the entire length of the bridge with feasting, dancing and entertainment running throughout the day.