Elephant & Castle to have its own police team says Boris Johnson

The Elephant & Castle is one of 30 transport hubs across London to be allocated its own police team of one sergeant, one police constable and seven PCSOs with extra funding from Transport for London. 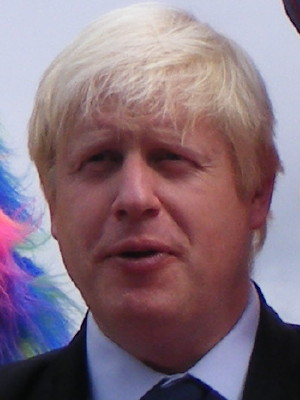 The Mayor of London Boris Johnson this week announced 27 new transport hub teams, including one for the Elephant & Castle, following trials in West Croydon, Wood Green and Canning Town.

"The most frequent complaint made to me during the election was that local people did not feel safe on the buses," says Boris Johnson. "Therefore, one of my first actions as Mayor was to introduce new transport hub police teams to kick-start the work of taking back our public spaces, and cutting so-called 'minor crime'.

"These teams have had great initial success, cutting the number of robberies by over a third where they have operated, and I am now working with the Metropolitan Police and TfL to get them rolled to other boroughs where I hope they will have an equally impressive impact."

The mayor claims that in the three trial areas the teams have reduced robberies by 37.8 per cent and overall crime by more than 16 per cent.

An additional 440 uniformed officers are being used to establish the new hub teams, with each one being made up of one sergeant, one police constable and seven PCSOs. The Met is launching a major recruitment drive for an additional 1,600 Special Constables to assist the hub teams.

The new team at Elephant & Castle will be introduced during the first half of next year.

According to City Hall the cost of these new teams will be Ł11.3 million in the current financial year with Ł2.1 million from the Metropolitan Police and Ł9.2 million from Transport for London.