10 years to the week after Boris Johnson opened Cycle Superhighway 7, the first segregation measures to divide cyclists from motor traffic have been installed to supplement the blue paint. 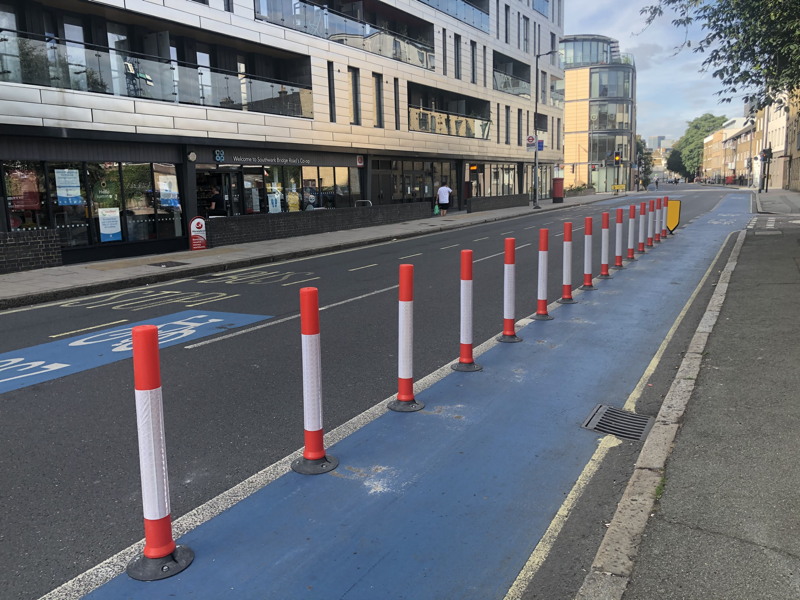 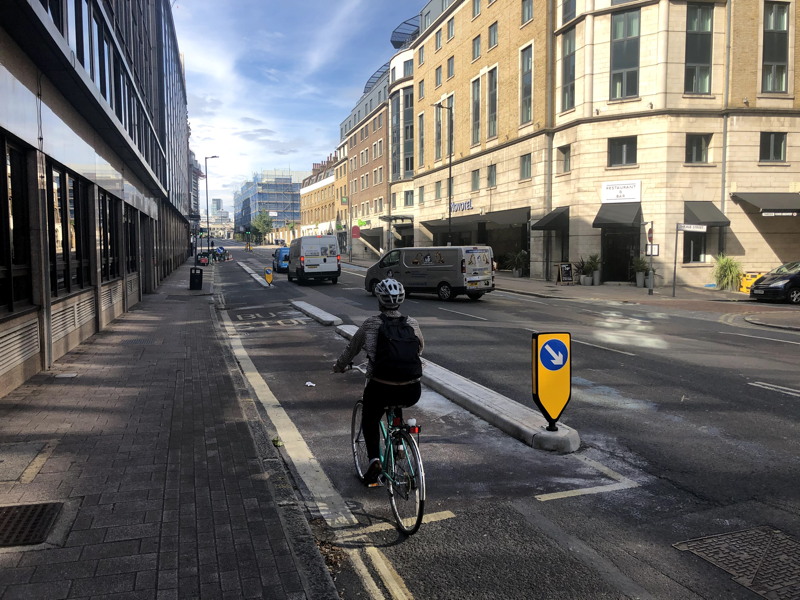 Cycle Superhighway 7 was the first cycle route created under Boris Johnson's mayoralty – officially opened exactly a decade ago on 19 July 2010 – but it was criticised as a triumph of style over substance as it involved many litres of blue paint but few physical changes to the road layout.

Southwark Council – which controls Southwark Bridge Road – had already been planning to introduce segregated cycle lanes but the measures have been brought forward in temporary form as part of the Streetspace for London initiative to promote walking and cycling during the COVID-19 pandemic.

During the past week several sections of Southwark Bridge Road have gained segregation, either in the form of new kerbs or plastic wands.

In just seven months last year, the police sent 293 warning letters to motorists found breaking the 20 mph speed limit on Southwark Bridge Road, according to data obtained by the SE1 website under the Freedom of Information Act.

The letters were sent as a result of six Community Roadwatch sessions held between January and July 2019.

Community Roadwatch is a scheme run by the police in conjunction with local volunteers who operate speed guns to identify drivers breaking the limit.

Two years ago campaigners formed a human barrier between the bikes and motor traffic to highlight the need for segregation measures.