Mayor of London Boris Johnson visited St Mungo's emergency night shelter in Rushworth Street on Monday evening to back up his pledge to end rough sleeping by 2012. 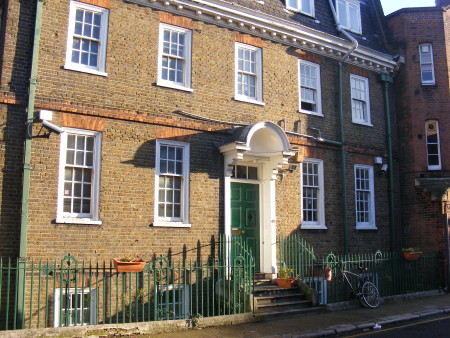 Mr Johnson spent about 45 minutes at the emergency hostel which occupies a former convent in Rushworth Street where he chatted with users and helped to serve up the evening meal of chicken and rice.

The Southwark visit follows the Mayor's pledge to end rough sleeping in the capital by 2012 which was reiterated last month when he published his new housing strategy.

The charity operates 17 hostels across the city, including two others in SE1 at Crimscott Street and Great Guildford Street.

"When there have been recessions in the past the impact on homelessness has been fairly swift," St Mungo's chief executive Charles Fraser told LBC Radio's political reporter Tom Cheal.

"People lose their jobs and quite often they can end up on the streets pretty quickly; particularly those who only hang on to their jobs by their fingertips in the first place.

"So we think it is important that government – when it is considering the consequences of the recession – doesn't just look at the banking system but also at aspects of social welfare including the provision for those right at the bottom of the pile."