Bermondsey & Old Southwark MP Neil Coyle has spoken of the "massive growth in visible rough sleeping around Elephant & Castle and London Bridge" during a House of Commons debate on homelessness. 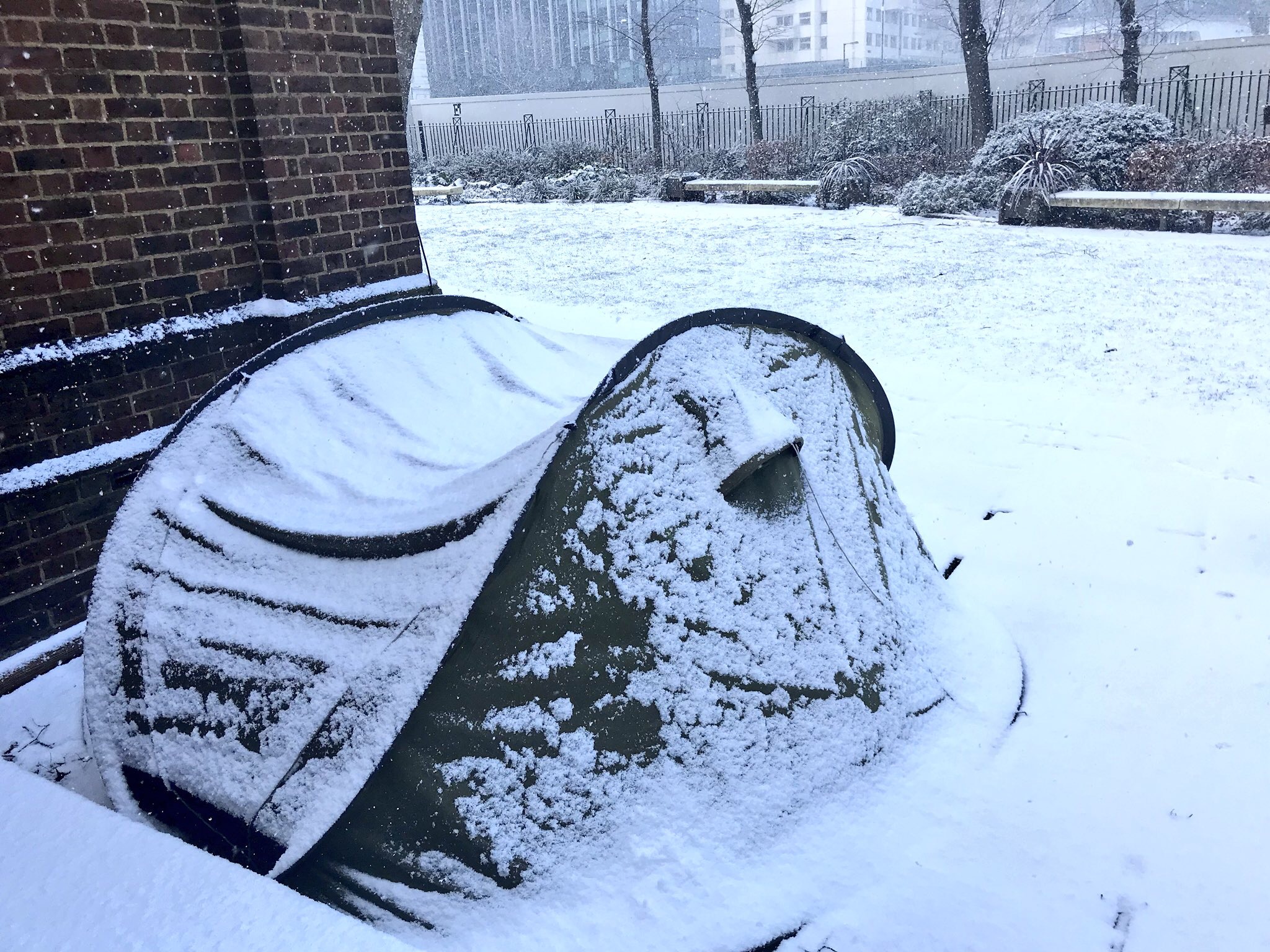 "I speak as co-chair of the all-party group for ending homelessness, which I am pleased to co-chair with Will Quince," Neil Coyle MP told the Commons on Tuesday.

"I work with him to highlight solutions in a non-partisan way. Doing so takes awareness of the policies contributing to the problem as well as ability to identify the policies that are missing altogether.

"It also takes an admission that ministers try very hard to avoid: homelessness has risen every year since 2010. This year-on-year growth is avoidable and appalling. In 2005, the numbers of people rough sleeping across the whole of England were 459. It is now estimated that 8,000 people slept rough in London alone last year. Shelter estimates that more than 300,000 people were in temporary accommodation last year, including, as we have heard, 120,000 children who woke up on Christmas day in often unsuitable places, perhaps sharing a bathroom or kitchen with strangers. That growth is a direct result of Government policies since 2010. When Ministers axed national funding for genuinely affordable homes and brutally slashed council funding, including £200 million from my borough of Southwark, it is hard to deny the impact.

"When our safety net of the social security system is picked apart, leaving disadvantaged people with no income at all in too many cases, especially under universal credit delays, it is inevitable that homelessness will rise. When mental health services are eradicated, Ministers cannot pretend not to know that 40 per cent of homeless people have mental health conditions. When Ministers undermine supported housing for people with mental health conditions and other vulnerable groups, the problem will only grow. When drug and alcohol cessation services are decimated, it is simply deceitful to pretend it will not contribute to a rise in homelessness and costs to the NHS, as people end up admitted to A&E in crisis.

"Costs are rising. Southwark Council spent £3 million tackling homelessness last year, on upfront help to prevent people from losing homes and to tackle rough sleeping. But still in my surgery sessions I see the problem every week. I have seen a 65-year-old cleaner sleeping on night buses, in work but carrying as many of her belongings with her as she could carry. I have seen a 19-year-old woman sleeping with different men every night rather than go back on the streets. I have seen a working family with three children under 10 wrongly denied the right to continue working in this country by the Home Office and put on the streets by a private landlord until a local church stepped in.

"As in so many other areas where the Government have abdicated their responsibilities, we see people and charities stepping in. I would like to thank the staff and all volunteers providing crucial support and services across our country, but in particular in my community. We have seen massive growth in visible rough sleeping around Elephant and Castle & London Bridge, and temporary accommodation in Southwark is simply exhausted. I have been trying to help the Robes Project over a number of years. I have slept outside Southwark Cathedral three times – please do sponsor me this year – in winter to raise awareness and funds for its work in providing accommodation and food in 28 churches every winter, opening its doors in November. It relies on volunteers to provide that accommodation and food. It does an incredible job.

In recess, I spent a very cold evening with St Mungo's outreach team on its StreetLink work. Anyone can refer a rough sleeper to StreetLink online, through their app, or on the phone 24 hours a day. Sadiq Khan has advertised StreetLink and since December, Londoners have referred over 2,000 homeless people using this service-double that at the same period last year. I think that demonstrates a public will to tackle the problem that is simply not matched by Government action. It is because of St Mungo's amazing staff and volunteers like Eamon, Darren and Dave, who I met on that cold Monday evening in recess, that desperate people are getting the help they need in this extreme weather.

"The cold weather is not the only reason people are more concerned about the issue currently. Just two weeks ago a homeless man died on our doorstep here at Westminster – a shocking case, but sadly not isolated. Just weeks earlier and within a mile of this place, another man died on the streets of our capital. Deaths of homeless people have been recorded from Edinburgh to Birmingham in the past couple of months alone.

"Ministers have twiddled their thumbs, ignored the problem and passed the buck for far too long. There are clear policies to help: building more homes and supporting councils to build more, as well as lifting the local housing allowance freeze; intervening in the failing private sector to cap rents and provide secure, longer tenancies, in particular for families; funding the services we know help in mental health, and in drug and alcohol cessation; ending delays and cuts to disadvantaged people, from universal credit to the personal independence payment and the employment and support allowance; and backing a rent deposit scheme, as advocated by Crisis.

"One of the lowlights of the 2010 election was the 'Broken Britain' slogan. Little did we know that the Cameron soundbite was a destination, not a description. Nothing highlights how badly broken our country is than people freezing to death on our streets in the face of, and as a direct consequence of, a cold-hearted Government ignoring what worked, denying culpability, and refusing to fund and implement sufficient viable solutions today."

Responding to the debate, housing minister Heather Wheeler said the Government had "allocated more than £1 billion to tackle homelessness and rough sleeping over the spending review period".