Controversial spikes installed outside the main entrance of a block of flats in Southwark Bridge Road have been removed. 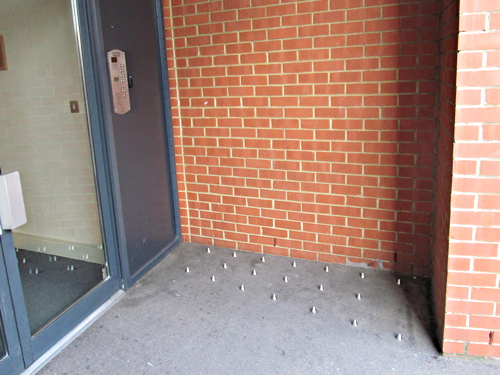 Now you see them: the spikes on Monday morning 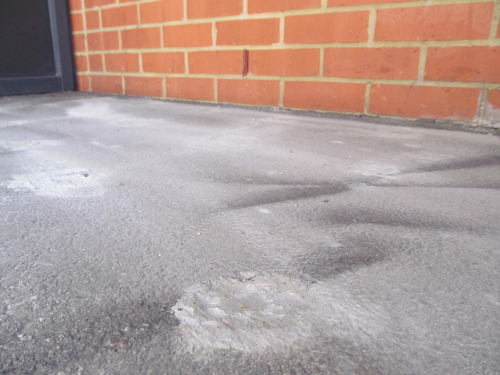 Now you don't: the same site on Friday morning

It's nearly a week since pictures of the spikes at 118 Southwark Bridge Road were shared on Facebook and Twitter, prompting worldwide media coverage.

A YouGov poll earlier in the week found that 55 per cent of British people think the spikes should be removed, while 32 per cent say they shouldn't be.

Mayor of London Boris Johnson and housing minister Kris Hopkins both called for the spikes to go, as did Southwark Council leader Peter John.

Local MP Simon Hughes asked for a meeting with residents of the block to discuss the reasons for the installation of the studs.

"I am really pleased that these spikes have been removed," said Cllr Peter John.

"People sleeping rough should be treated with dignity and respect, and not with spikes.

"In Southwark, and across London, there are vulnerable people sleeping rough. As a council we are doing our part by working with St Mungo's and purchasing a third supported hostel to house single homeless people.

"The services are there, and the challenge is to help people who are sleeping rough to access them.

"While spikes may stop someone sleeping outside your home, it does not help someone off the streets – so I would urge people who see rough sleeping to get in touch with the many services out there to help."