Mayor of London Boris Johnson has told a City Hall committee that he supports "extremely interesting" proposals for a single museum covering the three main emergency services in the capital. 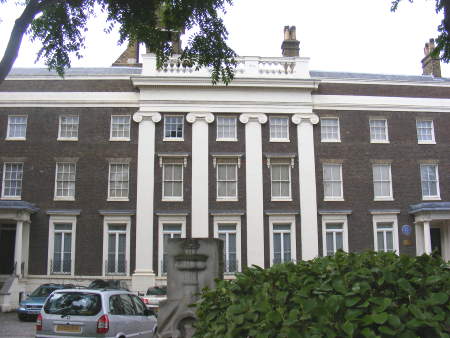 The future of the London Fire Brigade Museum in Southwark Bridge Road came to public attention in September when we reported colourful comments by fire authority chairman Brian Coleman who suggested that the museum served no useful purpose and should be closed down.

A petition launched by friends of the museum helped to secure a temporary reprieve last month.

As a result of coverage on this website the Fire Brigades Union and the GMB sent a joint letter to Boris Johnson condemning Mr Coleman's "very disturbing" remarks and "lamentable lack of respect for the fire brigade's history".

Appearing at the London Assembly's budge and performance committee, the Mayor of London was asked by Labour's John Biggs whether he was drawing a line in the sand about the future of the museum. "A line in the sand bucket," quipped Mr Johnson.

"I think what Brian [Coleman] proposes is that we should look at the emergency services and their cultural inheritance in the round.

"I think there is a huge opportunity for us to look at the scope for a 'blue light' museum that actually incorporates some of the elements from the Black Museum in Scotland Yard which is completely unseen by the public at the moment.

"It might be possible to create a museum of the fire, police and ambulance services that was a great recruiting sergeant for young Londoners who we particularly want to get into the emergency services."

The London Ambulance Service – which has its headquarters in Waterloo Road – does not come under the control of the Greater London Authority and currently has its own museum in Ilford.

Mr Biggs went on to ask the Mayor whether he agreed with Brian Coleman's remark that "when you've seen one brass helmet you have seen them all".

Mr Johnson replied: "I couldn't begin to express myself as trenchantly as Brian, but I think his vision of a 'blue light' museum is extremely interesting and I think that while we develop that we should postpone any closure of the fire museum."