Justice minister Shahid Malik MP paid a visit to the White's Grounds Estate in Bermondsey on Tuesday to meet offenders removing graffiti from a wall as part of a Community Payback project. 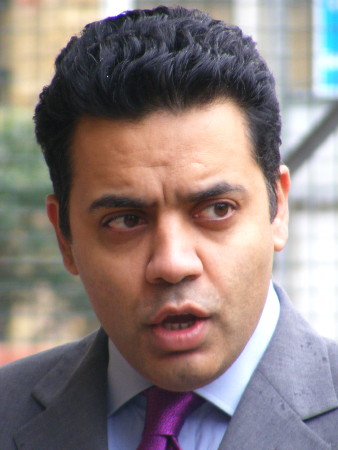 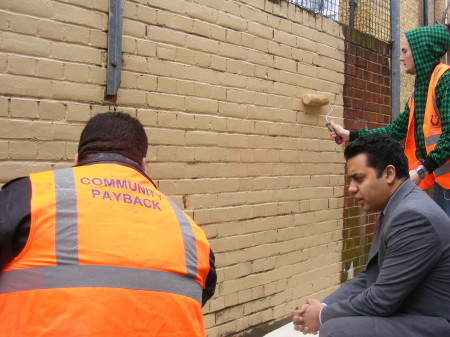 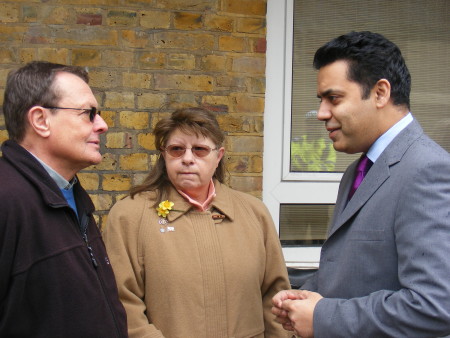 The minister chatted to offenders at work painting graffiti-covered walls of a play area as well as meeting London Probation staff and directors of the Leathermarket JMB which runs the White's Grounds Estate.

"These sentences are not a soft option and the work the offenders are doing will help improve the local area and they will be punished by having their free time taken away.

"I believe the public has a right to know what unpaid work offenders are doing in their area to payback for the wrongs they committed.

"That's why we introduced the high visibility jackets that offenders wear while working. Justice should not just be done but seen to be done."

The Government says that a million hours of unpaid work were carried out in London during 2007/08.

Leathermarket JMB director John Lynch told the London SE1 website that he welcomed the highly visible input of the Community Payback project on the estate which he considered to be a better use of public money than a prison sentence.