Life-size figures have appeared on the frontage of the Jerwood Space in Union Street in a new public artwork curated by young people as part of SOWF's Street Genius scheme. 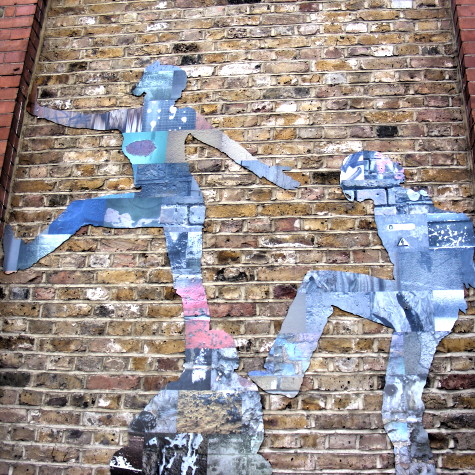 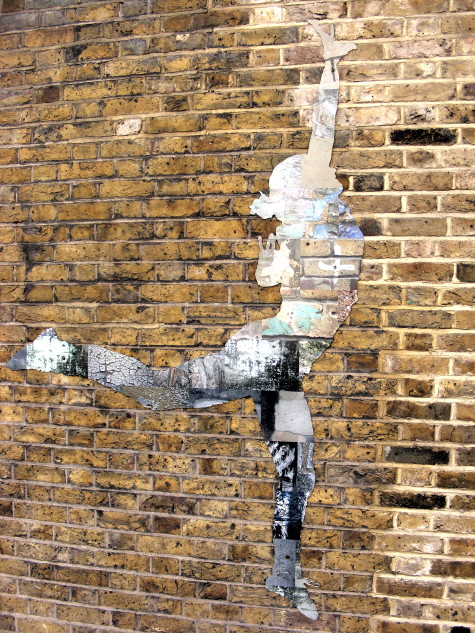 In Situ is a new work by Barton Hargreaves which was selected and curated by Chris Walters and Salina Rahman who took part in the Street Genius scheme run by SOWF which enables young people from south London to get involved with SE1's arts organisations.

Chris and Salina spent 10 months on the project, inviting artists to submit proposals for the blocked-up windows of the former school on Union Street and then whittling down the shortlist till Barton Hargreaves was selected.

Chris Walters from Lewisham studies at Reigate School of Art Design and Media. He first spotted a small etching that Hargreaves had shown at the Royal Academy summer exhibition.

"When I saw that piece of work I liked it and I thought Barton Hargreaves would be the guy to do the job – and he certainly is," says Chris.

The silhouetted figures are composed of photographic images of surfaces Hargreaves found within a 5-minute radius of the Jerwood Space.

Hargreaves originally intended to use images he had gathered for another project showing commuters at Liverpool Street Station, but he says it didn't feel right for this Southwark location.

"I certainly notice where they've been taken when I walk around, but I don't know if anyone else does yet," he says.

Some of the images come from Southwark Underground Station; other surfaces were found in nearby railway arches.

"I wanted to bring together all those kinds of imagery that you see in the street that you don't really notice and make something positive and energetic."

The dancing, leaping figures hint at the performing arts work that goes on inside Jerwood Space which houses an important set of rehearsal spaces for London's creative industries. The interaction between the figures and the built form of the building hints at the popular urban sport of free running or Parkour.